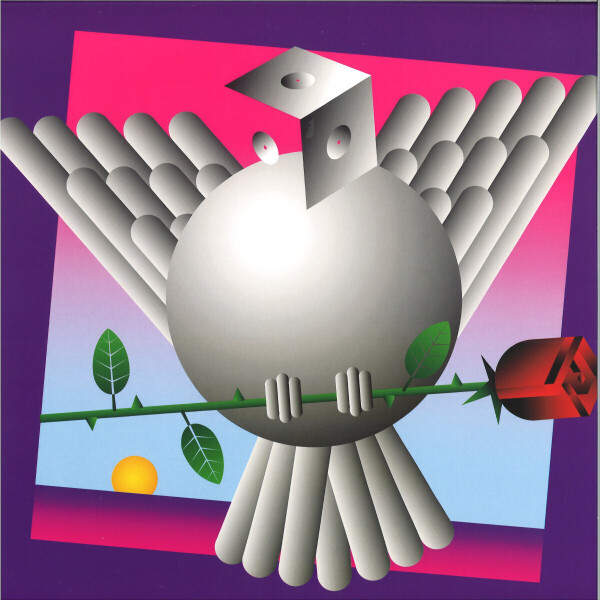 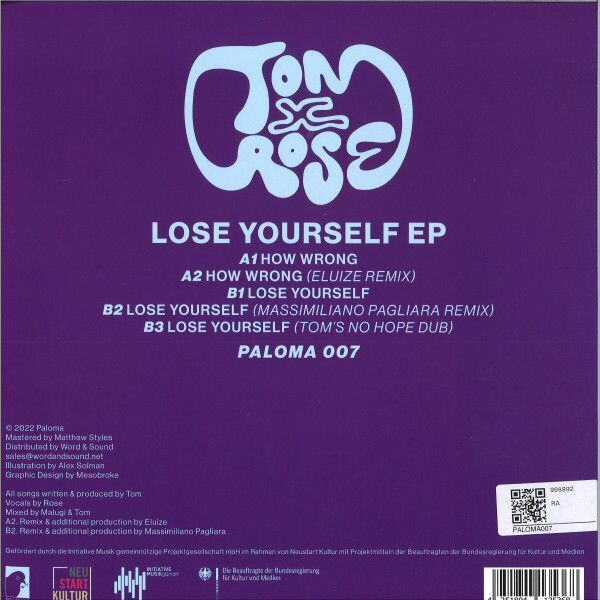 We would like to present Paloma's seventh release: Tom feat. Rose - Lose Yourself EP
Throughout club music history, the combination of vocals and groove remains a vital element. Countless anthems
have prompted singing on the floor, and have raised arms in the air. There might have been times where vocals
mattered less, but right now they are probably more needed than ever.
Tom & Rose are well aware of all that, and they were willing to place themselves and their music in a tradition of
dancefloor euphoria, universal messages and also a bit of bittersweetness.
Tom is a DJ, producer and mix engineer, and also a booker and resident at Paloma. Rose is an Irish singer and
producer. Together they created these tunes, a testament to better times gone and ahead."How Wrong" is the sound of heartbreak, albeit locked in a UKG tinged sureshot that swings back and forth with
ease between jubilant piano bliss and monolithic bass weight, and it kicks like a mule. "Lose Yourself" is both an
ageless acid slam and a joyful paean dedicated to all nights that should never end. There is a pumping dub too,
equally designed to be the soundtrack to blowing a nocturnal kiss to everyday sorrows.
Also included: complementary remixes by Eluize and Massimiliano Pagliara that come up with a different take,
but a similar vision.
Enjoy the music, and stay safe!