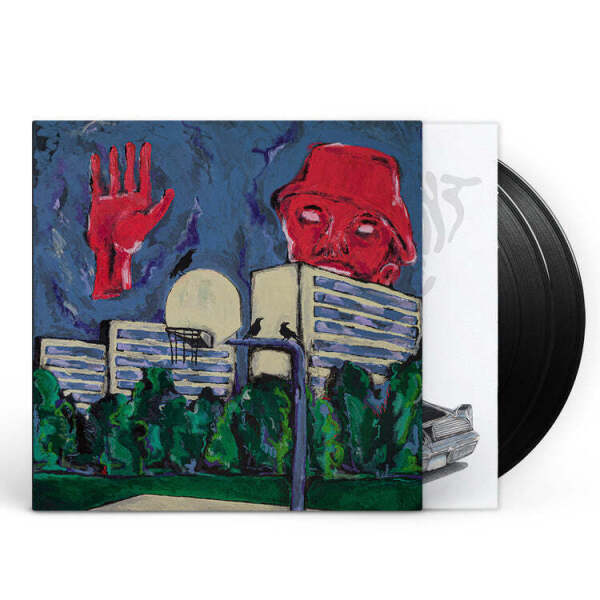 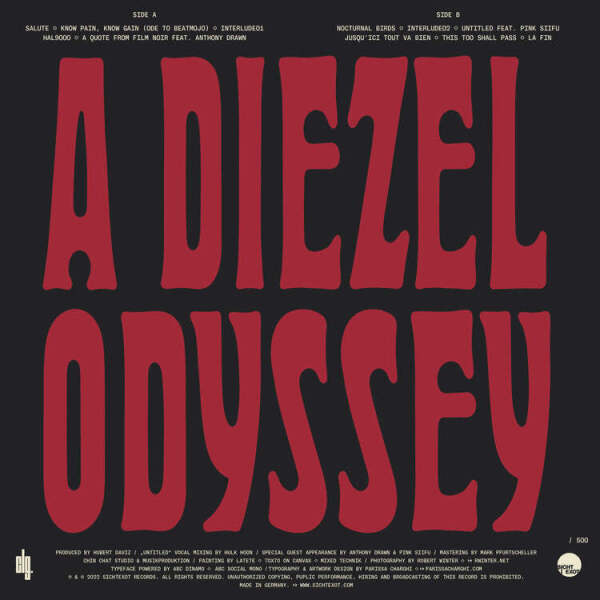 Hubert Daviz has been lingering at the creative forefront of the German beat movement for more than a decade now. In 2010, he released his debut instrumental album »Proceduri de Rutina«, a collection of tracks based on jazz samples originating from his birth country of Romania. Hubert consciously kept a low profile since then, producing solo albums and projects with like-minded artists such as Wun Two, Retrogott and Hulk Hodn. »A Diezel Odyssey« is his latest collection of deep jeep beats to soundtrack your late night walk to your local Bodega – imagine Drake’s »Summers Over Interlude« recorded to analog tape and then buried six feet underground.

Only two featured artists came along for this bizarre ride II the far side: One is Anthony Drawn, sax wiz extraordinaire and Daviz’ partner in crime on the recently-founded casual low grind imprint. The other one is L.A. weirdo rap king Pink Siifu. Hubert has been championing his visionary lo-fi-rap-update since his breakout project »Ensley« in 2018 – now Siifu returns the favor via a mystical guest verse on an untitled track on »A Diezel Odyssey«. Hubert has never really bothered to produce beats for MCs to rhyme over them in mind, but in this case the collaboration with a rapper turned out like a match made in nerd heaven.

In a certain way, this 23-minute suite of music is the culmination of Huberts work leading up to this album, becoming somewhat more and more experimental in the last few years, trying to stay ahead of the biters while not losing his unrivaled chill. To be clear: His trademark slowed + reverb sound and his talent for sourcing ultra-crisp drums are very much alive and kicking on this record. It’s that almost magical, dare I say spiritual side to his music that separates Hub Deezy from the competition. Nothing has really changed in essence, but still everything is different. To really understand, listen mindfully. »A Diezel Odyssey« can take you places – just surrender and let go. 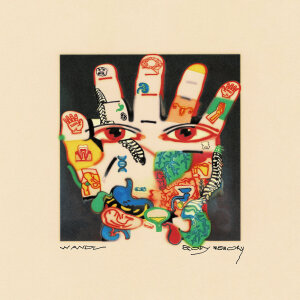 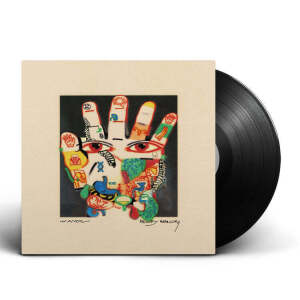 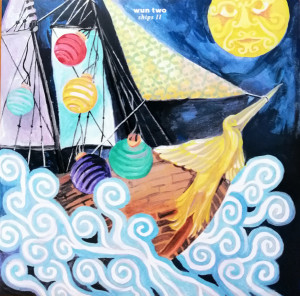