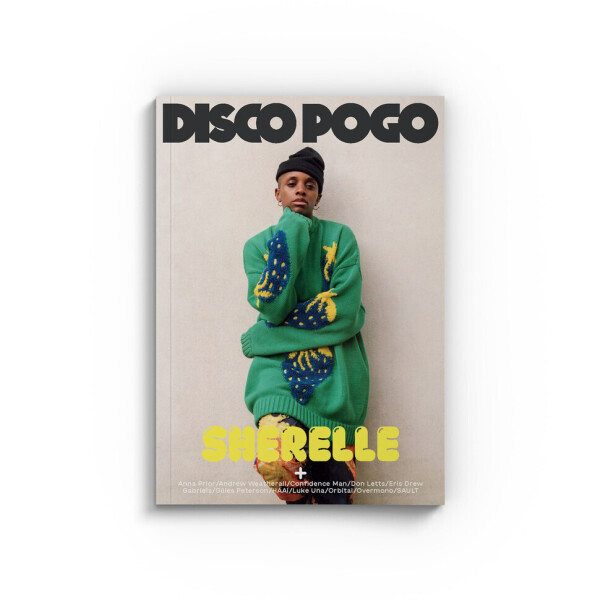 Founders of seminal 90s title Jockey Slut launch new bi-annual electronic music magazine Disco Pogo.
Following the success of 2020's A Jockey Slut Tribute to Andrew Weatherall book and a successful crowdfunding campaign raising £60k at the end of 2021, the original founders of seminal 90s electronic music magazine Jockey Slut are launching new publication Disco Pogo with the first issue out this month.
"We never had any intention of re-launching Jockey Slut and then events of recent years made us rethink. But the world has changed and so we decided that a new magazine with a new name was best," say Jockey Slut and Disco Pogo founders Paul Benney and John Burgess.
Disco Pogo is a 236-page, heavyweight, twice-yearly magazine featuring new names alongside the best electronic artists and stories from the past 30 years or so with contributions from some of the best music journalists and photographers working today.
The first issue features Gilles Peterson and SHERELLE on its covers, is out May 25th and will be available to buy in the UK, Europe and around the world from good independent record shops.