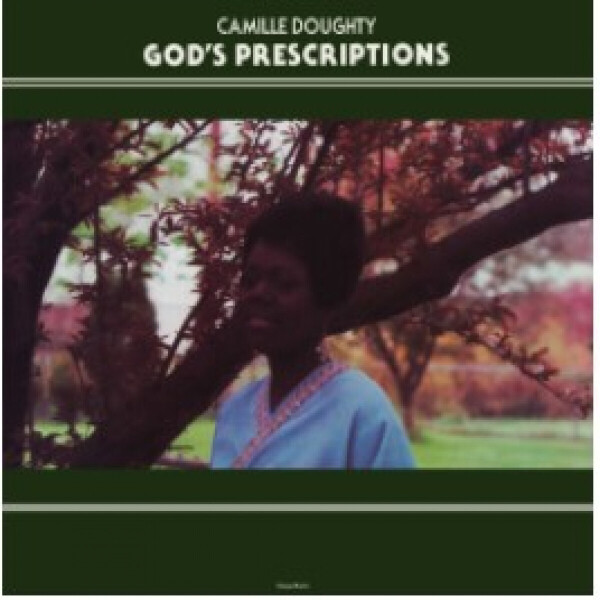 Precious musical legacies may not be forgotten. Therefore, ReGrooved makes sure that one-of-a-kind records receive a well-deserved re-release. God's Prescriptions, Camille Doughty's sole solo effort, is a prime example of a soul/gospel album that earns the right to be heard, time and time again.
Born in mid-January 1944, Camille Doughty the singer proved to be gifted at age 10 when she joined the Green Spiritual Singers and performed with them throughout her home state, Ohio. At 12, she was six years shy of the minimum 18 years age limit to join the Young Adult Choir. However, her extraordinary vocal qualities warranted an exception in her case.
Two years later she was recruited by her uncle, Rev. Shellie R. Doughty Senior into the Inspirational Choir of the Mr. Herman Baptist Church, a renowned ensemble in Doughty's hometown of Columbus. 1972 marked the year in which Camille finally went solo, urged on by numerous admirers of her singing capabilities. Since then, she has appeared in several concerts, radio programs and television shows in the United States. In many of her appearances, she had the opportunity to perform with celebrated professionals of the gospel genre.
All these efforts culminated in the release of her only solo record, God's Prescriptions. Released in 1978 on Gospel Roots, it was never reissued... until now!
ReGrooved is proud to present a beautiful, supreme quality remaster of the original album, first released by the Gospel Roots label. It features her famous rendition of the traditional spiritual 'Elijah Rock' and several other standards, including 'I Trust in God', 'It Don't Cost Very Much' and 'I Asked the Lord'. Our third release is a wake-up call to those who have been touched by Doughty's voice back in the day, as well as a beautiful introduction to new fans.