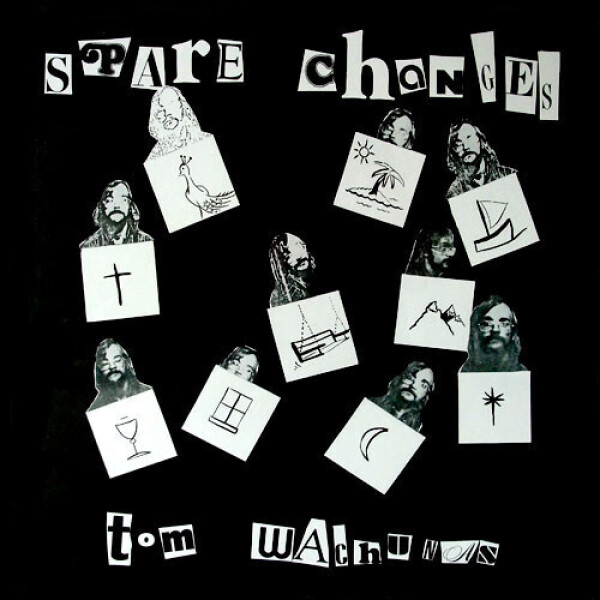 Long out of print - this is by far one of the best (and unknown) singer-songwriter records ever made. Recorded in Columbus, Ohio USA in 1975. Tom Wachunas - Spare Changes is by far one of the best (and unknown/underappreciated) singer-songwriter records ever made. Classifying the album within a specific genre is a terribly difficult feat - acid folk? folk rock? psychedelic? A true cornucopia of instrumentation - sax, vibes, kalimba, tabla, guitars (including One St. Stephen guitarist Bruce Roberts) , accordion(!) and highly introspective lyrics. Imagine being on a Caribbean cruise ship in 1975, and Neil Young happens to be croonin' with a 12 piece band on some new material that never saw the light of day. Recorded in Columbus, Ohio USA in 1975 at the now-defunct Owl Recording Studios, Spare Changes was actually Tom Wachunas's graduation project for his Masters in Fine Arts from The Ohio State University. Extremely rare - only 1,000 copies of the original pressing were manufactured. Owl Recording Studio operated from 1973(ish) through 1977 under the direction of Tom Murphy, who would eventually go on to run the famous Track Record Studios in North Hollywood. Tom Murphy's blessing and involvement in sourcing the audio were essential in making this reissue happen. High Quality 150 Gram Black Vinyl Audio restoration by Adam Boose - Cauliflower Audio Jacket printed on 100% recycled board Liner notes written by Tom Wachunas Packaged in 100% recycled/recyclable polybag This release is part of Gotta Groove Records' OHWax series of vinyl reissues, featuring rare gems from Ohio on wax. Long out-of-print and extremely rare...originally only 1,000 copies pressed in 1975. For fans of Neil Young, The Soft Machine, Donovan, Pink Floyd, One St. Stephen, Jem Targal