tracklist
1. Send Your Heart To Me
2. I Hear You Calling
3. Crescent Moon (Instrumental)
4. Love Breaks In

"Arthur Russell meets The Style Council on this EP retrospective of lost Mancunian sophista-jazz-popoutfit, The Bernhardts. -

The Bernhardts are Simon Milner (vocals, trumpet), Steve Hopkins (keyboards), and Neil Fitzpatrick (percussion, guitar), a trio that formed in Manchester in the early ‘80s. Simon and Neil have been good
friends since grade school, and before The Bernhardts, they released a few singles at the end of the ‘70s with their pop-rock outfit, The Smirks. On the side, the pair played regularly with their self-styled ‘jazzpunk’ ensemble at various local bars and venues. Steve was playing keyboards and producing music for Pauline Murray, John Cooper Clarke, and the Invisible Girls, and Manchester bands such as Jilted John, Dislocation Dance, the High, Chris Sievey, and Happy Mondays. He happened to attend one of Simon and Neil’s late evening punk-cabaret shows, captivated, he approached them about collaborating.

Stylishly laced in tuxedos, with their hair elaborately coiffed, the three played around Manchester as The Oscar Bernhardt Ensemble, a group dedicated to the romantic jazz nostalgia of the ‘20s, ‘30s, and ‘40s. By night, they transformed into Rio Fortune (Steve), Claude Walloon (Neil), and Oscar Bernhardt (Simon), conjuring yearning memories of a distant musical era. Away from their gigs, the trio assembled under various names for their studio experiments. They captured and updated the spirit of the decadent ‘20s as The Rum Babas, their interests in Eastern melodies saw them as The Rickshaw Gang, but ultimately, as all their influences spun together and the recordings developed, they simply went by The Bernhardts. Meddling around in the studio, they would add drum machines to some of their favorite jazz standards, giving an electronic tinge to classics like “I Get A Kick Out Of You” and “Moonglow”. The concept expanded into a fantasy that a 1930’s group had been abducted into outer spa

WHEN DREAMS SLIP THROUGH 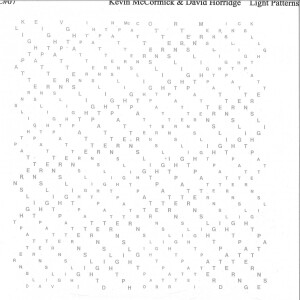 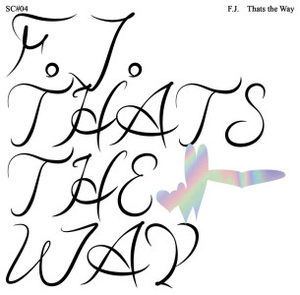 I Know You Feel It