Andrew Pekler and Guiseppe Ielasi freeze time on their second full-length, chipping away at old
improvisations and sculpting a marble garden of haunted meditations on memory, space and
biography. Subtle and reflective, ‘Palimpsests’ features music for pensive moments that will appeal
to fans of Jan Jelinek’s career-best Gramm album, Move D’s Conjoint/Studio Pankow projects and
To Rococo Rot’s stunning ‘Veiculo’.
Both veterans with sprawling and diverse catalogues, Pekler and Ielasi find common ground once
again on their sequel to 2013’s concrète exotica gem ‘Holiday For Sampler’. This time they revisit
irl improvised collaborations made in Milan in 2015, cutting into the raw material while working
apart and shuttling their fresh compositions back and forth. The title hints at this process; a
palimpsest is commonly a re-used material leaving traces of its original use - bit like ghosting on
old tapes used too many times. Here, the original improvisations are just about visible, peeking
out underneath both artists’ unique individual studio processes.
Unlike the more austere dimensions of Ielasi’s Bellows recordings with Nicola Ratti, however,
Pekler’s contributions here imbue proceedings with the burning embers of midnight jazz, leaving
a sparkling trail of keys and atmospheric pads across all 9 movements. On ‘Trebizond’ the Move
D / Conjoint connections are at their most evident, all subdued synth romance weaving in and
out of synthetic bird calls - you can almost hear Karl Berger’s vibraphone shimmering on top. On
‘Piombino’ the topography is more alien and Radiophonic, while ‘Maratea’ is pure pastoral bliss, a
trace echo of wildlife colouring the artificial landscape.
‘Palimpsests’ is poetic and reflective, and with its unusually light-handed and gentle welding of
natural and artificial sound sources keeps on sending us back to To Rococo Rot’s stunning ‘Veiculo’,
an album that shares its strange confluence of synthetic, looped techniques brok 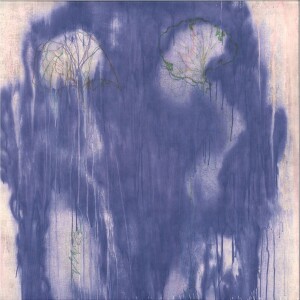