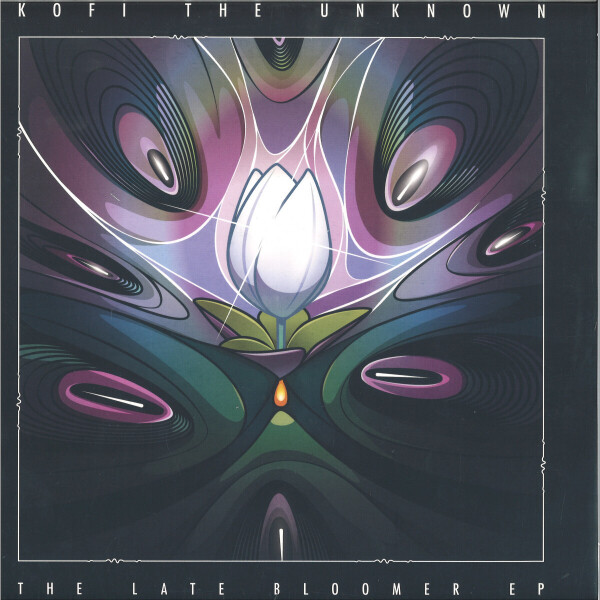 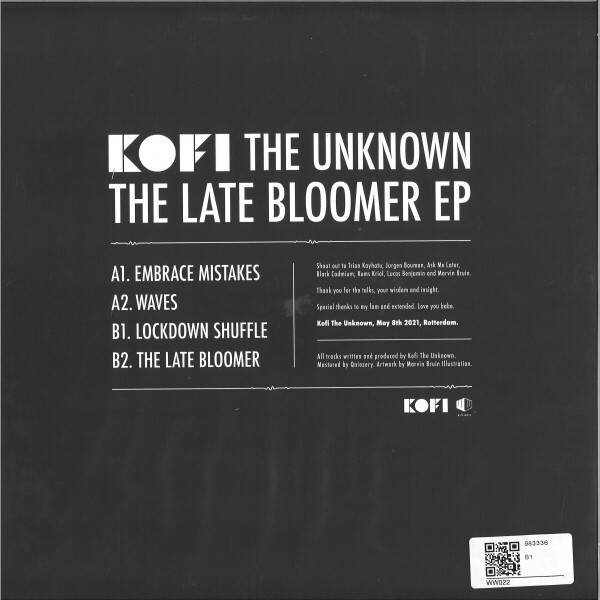 Honing your skills is under-appreciated in times of instant gratification and the continuous stream of music. Rotterdam-based producer Kofi The Unknown subverts this idea and took time for spiritual introspection, studying rhythms and sound production. Where being a late bloomer normally is seen as a sobriquet, the producer, composer and beatmaker wears it as a badge of honour and solidifies it as an honorary title by pinning it to his debut EP on Wicked Wax: The Late Bloomer. Wearing his heart on his sleeve, Kofi The Unknown shares his journey that led to The Late Bloomer, an emotional journey through sophisticated dance music, straight from the heart, aimed at the soul and feet.

Highly influential to Kofi’s sound and this EP is London’s Broken Beat scene. Syncopated drums, soulful chords and heavy bass lines work in tandem to emphasise the danceability the genre is known for. This is further solidified by the track Kofi released leading up to this release: One for Motet, an ode to the Broken Beat MC and Jazz Refreshed host Jason Hicks. The Late Bloomer further develops Kofi’s ode, but provides his Rotterdam flavour and brings his Hip Hop and Funk lineage into the mix.

Embrace Mistakes sets the stage for what’s to come in various ways. It is a textbook case of how dance music can tell a story and be introspective. Kofi’s honesty shines bright on the entire EP and strikes from the first kick drum on. It also shouldn’t be hard to recognise and feel the emotion the producer shares on the title track The Late Bloomer. The emotionally-laced chords and crushing drums are reminiscent of late nights at a warehouse or emotional sequences from a dystopian movie.