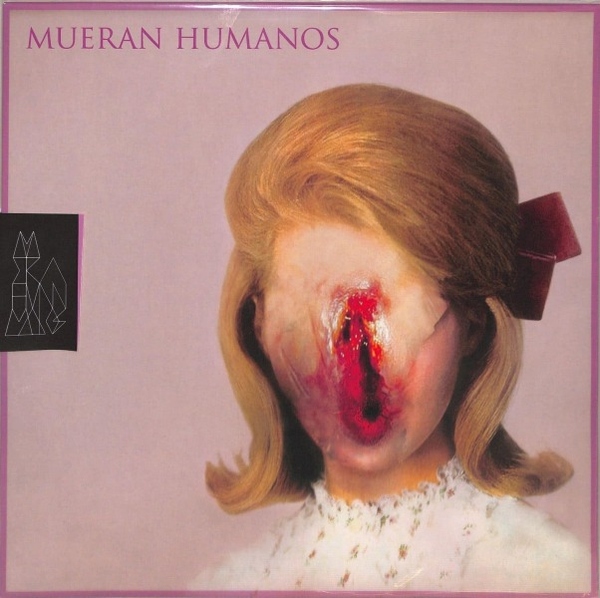 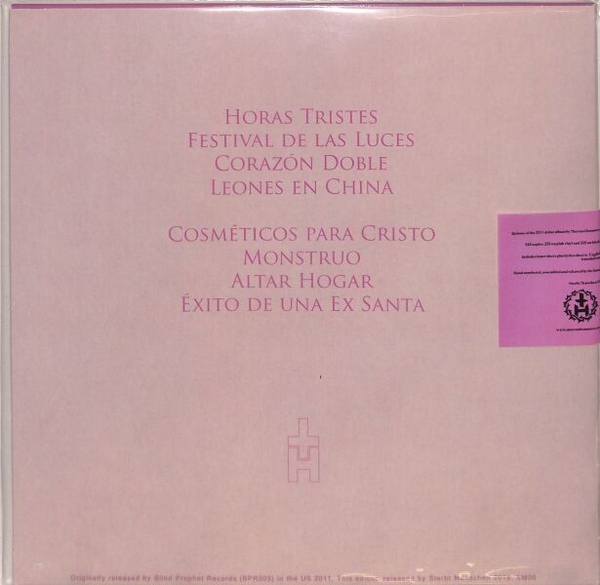 Band words on reissue> The first edition of our own label, Sterbt Menschen Records, dedicated to release archive recordings of ours. The re release of our long time out of print debut album, first released on CD by Old Europa Cafe and vinyl by Blind Prophet Records. Edition of 500. Hand numbered and hand stamped with our logo by ourselves Original artwork (by Carmen Burguess) and the bonus track Exito de Una Ex Santa, as in the original. MUERAN HUMANOS – BIO For the uninitiated, Mueran Humanos can be a tough one to explain. You could list their influences and call them “a psychedelic-krautrock-post punk electronics duo who manage to capture the rich cultural history and excitement of their adopted home of Berlin and infuse it with a sophisticated South American chic imported from their native Buenos Aires”, but that would be doing them an injustice. The reality is that there isn’t anything to explain. They don’t need a pretentious description full of talking points that make music nerds get all mushy and gushy. Once you listen to them, it just makes sense. At their core, these are simple and catchy songs with a solid electronics foundation solidified by driving bass lines and textural keyboard parts (which could just as easily take you on an atmospheric journey as they could break out into a “Sister Ray”-esque Velvets freakout at any moment). Vocals are shared by both members, and they create an important dichotomy between the masculine and feminine energies that shape the band. Spanish speakers are in luck, because the lyrics are surrealist poetry of the highest order. Thankfully for the rest of us, they occupy that special place reserved for bands like Einsturzende Neubauten, (Jochen Arbeit of EN actually appeared on “Miseress” (2015, ATP Recordings), or Os Mutantes where they transcend language barriers and are capable of telling a story through the sheer power of the human voice. There is something magical about this band, and it oozes out through the cracks eve