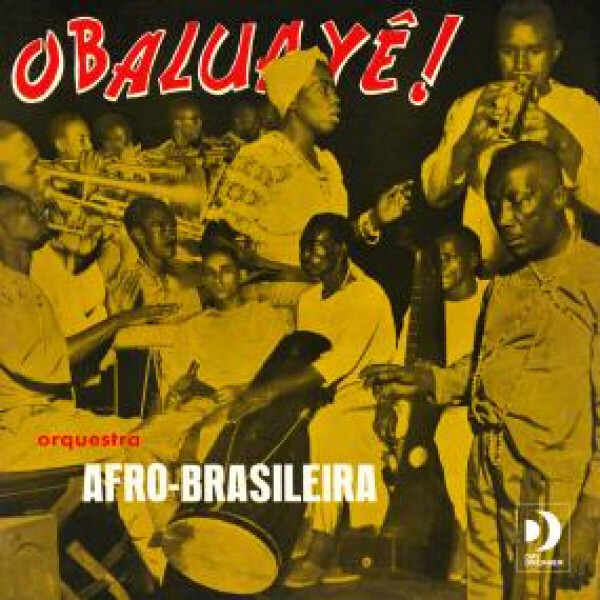 Massive!
Ground-breaking orchestral jazz rooted in Afro-Brazilian rhythms and Yoruba spirituality, Obaluayê is one of the most important albums in Brazilian musical history. Reissued on vinyl for the first time in over sixty years by Day Dreamer Records, a new sub label from Direct-to-Disc specialists Night Dreamer

Little is known about Orquestra Afro-Brasileira, and that which is tends towards folklore. Conducted by maestro Abigail Moura, the group took to the stage around a hundred times between 1942 and 1970, releasing just two records - the eponymous 1968 album Orquestra Afro-Brasileria and Obaluayê, originally released on Todamerica in 1957.

A self-taught conductor and arranger, Abigail assembled Orquestra Afro-Brasileira in order to tell stories of Afro-Brazilian heritage and speak of the “dramas and tragedies experienced by my race”. The Orquestra celebrated significant dates and influential Black Brazilian historical figures in its performances, with a repertoire that moved between folk tales, Candomblé chants and macumbas (or invocations) of orixá - the Yoruba deities sent by Olodumare to provide guidance for life on earth.

Comprised of around twenty musicians, the Orquestra combined traditional Brazilian and West African percussion instruments such as Agogô, Afoxé, Ganzá, Atabaques and Angona-puíta, with the sounds of saxophones, trombones, clarinets and the piano from the big band jazz tradition.

Inspired by the orixá responsible for the balance between disease and cure, Obaluayê opens with a sermon, tracing the origins of the rhythms and their drums to the moments of joy, love and resistance that music provided in the horrific daily conditions faced by African slaves.
For Abigail’s protégé and percussionist on the group’s 1968 album Carlos Negreiros, the power of the message was little short of life-changing: “I became a