Masters within the evolution of ambient and experimental music over the past forty years, Michal Turtle and Suso Saiz come together for the first time for ‘Static Journeys’, a full-length collaborative album. Unfolding over six diverse tracks, Turtle and Saiz imagine the memories, journeys and textures of half-a-dozen cities borne only of their imagination. Developed closely alongside Swiss agency and label PLANISPHERE, the music was premiered in it’s completed form during a performance installation for ON at Kunstmuseum Basel, a transdisciplinary event designed that featured live visuals from Ezra Miller and more.

While both wildly prolific, the music of both Turtle and Saiz was previously the domain of specialist collectors and obsessive record enthusiasts. Since 2015, a series of reissues on labels such as Music From Memory and reinterpretations of Turtle’s music on Planisphere have brought the back-catalogue of these artists to a much wider audience, and to each other. Far from nostalgic and fundamentally curious as expected, ‘Static Journeys’ captures these innovators transferring their unique chemistry into an ambient tete-a-tete rich in detail.

The results of these meetings are blissful and adventurous. Following the welcoming undulations of opening track Buonovintra Beckons, ‘Missing Papotl’ dives into soaring, new-age percussion underscored by wistful melancholy. ‘ Returning to Brendelton’ unfolds as analogue tropic 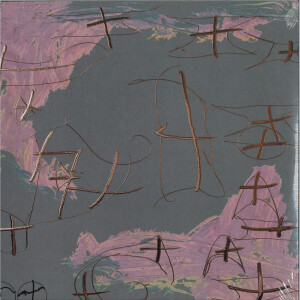