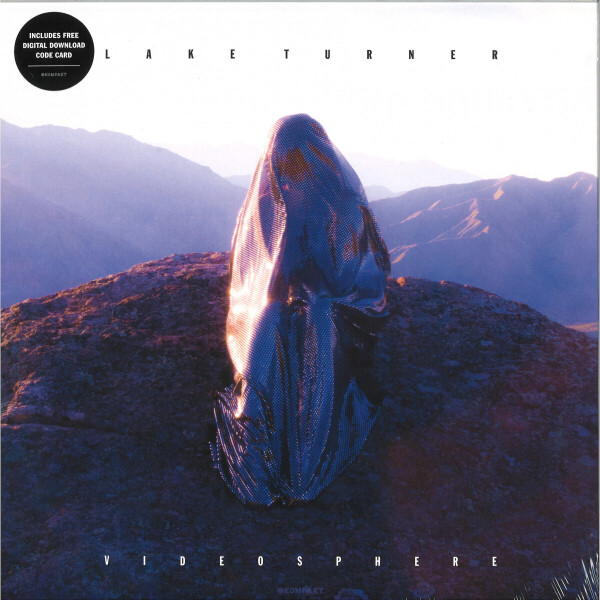 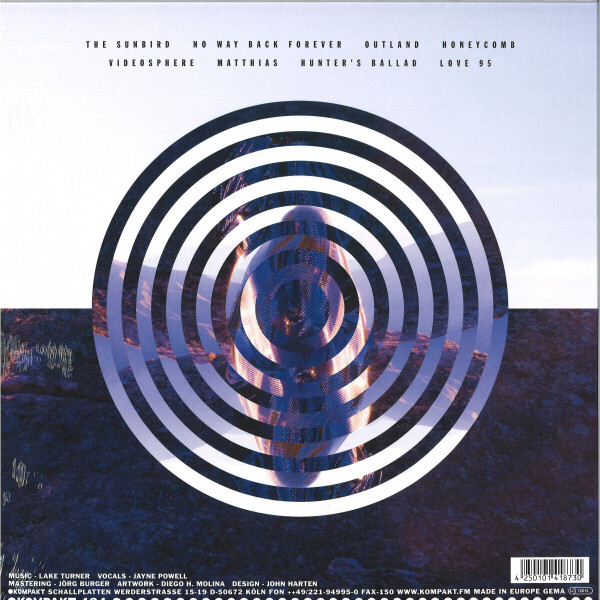 Videosphere, the debut album by Kompakt’s latest signing, the London-based artist Lake Turner (aka Andrew Halford), swoons into focus with “The Sunbird”, a teasing drift of lilting, ambient tones, riding out a submerged piston-pulse rhythm. Across its brief 109 seconds, it manages to traverse evocative terrain – something mythopoetic, something both humble and grandiose, a glimpse of the other behind the sky’s curtain. “I wanted to conjure up something resembling an ancient ceremony or death procession,” Turner nods. “Like a hymn to the surroundings of a faraway hill.” It’s both sky-bound and earthen, a ritual incantation to call in the music of the spheres.

Turner was introduced to the Kompakt family by his sometime collaborator Yannis Philippakis of Foals. He’d previously made music in post-punk and indie groups Great Eskimo Hoax and Trophy Wife, but Videosphere is the first time he’s fully articulated his own vision of electronic music, aside from one limited lathe-cut 12”, 2018’s Prime Mover EP, on Algebra. The lush ambient-disco-techno dreams of Videosphere were constructed and completed in his London studio and at his parents’ arable and sheep farm in Worcestershire, which might help explain the hazy, unhurried pastoralism of the album.

“There was a slight bittersweetness in finishing the record (in Worcestershire) as my parents were in the middle of selling my childhood home,” he sighs, before quipping, “on the plus, I ended up shearing a lot of sheep over the summer.” A student of archaeology and ancient history, Turner is no doubt carefully attuned to the twisting cogs of history and memory, and it’s no surprise that Videosphere has a nostalgic, melancholic cast; much of its beauty rests in the way it tugs, gently, at the heart strings – see the tear-stained cheeks of the lush, dappled “Honeycomb”, or the sweetly sad electro-roundelay of “No Way Back Forever.”

It’s not all drift-dream hypnosis, though – Videosphere is very much grounded in the now.