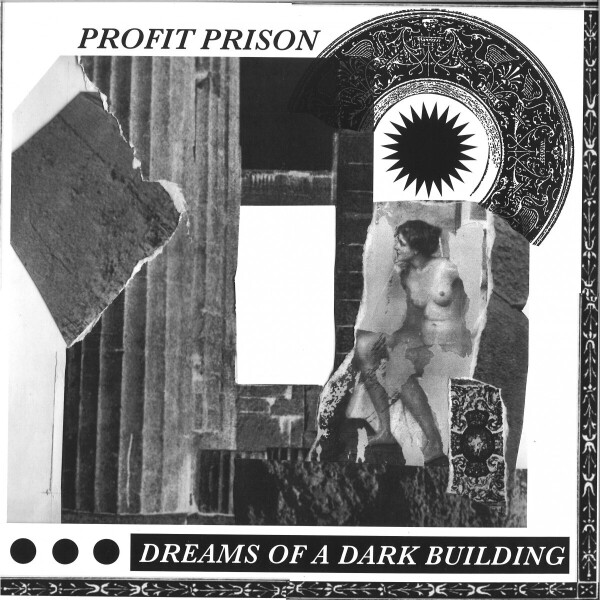 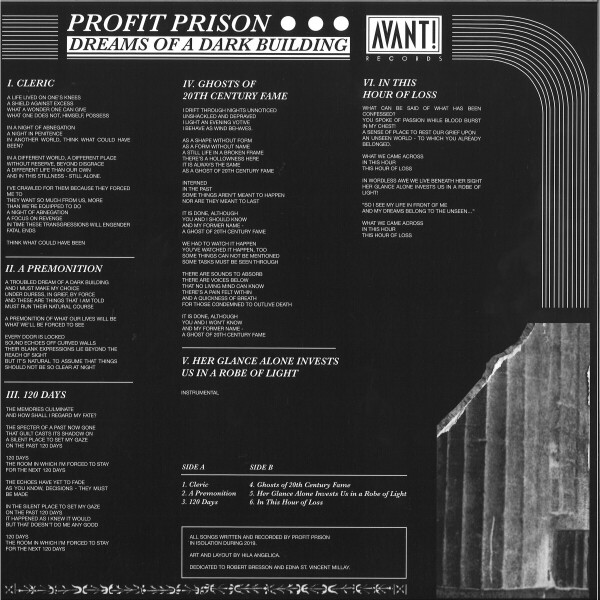 DREAMS OF A DARK BUILDING EP

Seattle’s Profit Prison is back with a new 6-track EP.

The solo work of Parker Lautenschlager, previously in local hardcore and black metal bands as well as power electronics acts, was debuted by Dominick Fernow’s Hospital Productions in 2017 and his first full EP Six Strange Passions was released by Avant! approximately one year ago. Inspired by Franz Kafka as much as Kraftwerk, Profit Prison achieves a cold minimalism that speaks to the nightmarish dystopia in which it was created, even more so in the light of the political events that shook the US and Parker’s very hometown recently.

His new Dreams of a Dark Building continues on the dark path of its predecessor, mixing catchy synth melodies and gloomy atmospheres, all strengthened by 70’s disco-like Hi-NRG electronic beats for the perfect dungeon synth pop outcome.
The opener Cleric sports a riff that could have been written by the evil twin of Gershon Kingsley, A Premonition sounds like Ken Laszlo had joined the dark side. 120 Days is the main single of the EP and it’s just melancholically addictive, In This Hour Of Loss has got synths that would make Moroder proud. We could go on but we bet you got the score by now. If you’re in for the best umbriferous synth music, look no further.
Artwork by London-based talented young artist Hila Angelica. 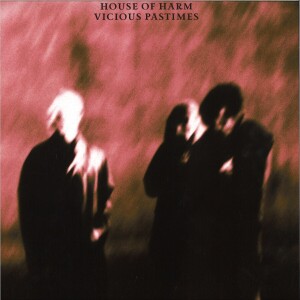