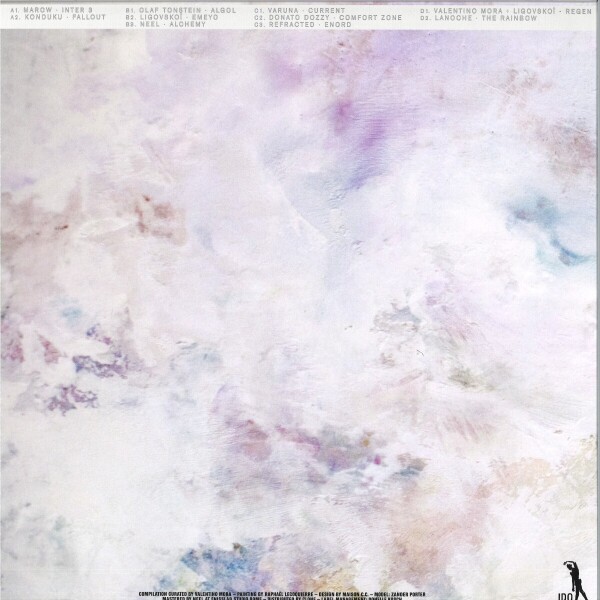 Transcendental Movements Vol. 1 marks the beginning of a new full-length ambient series, curated by IDO founder Valentino Mora. Since the age of 14, Mora has been searching for alternative tools to relieve anxiety. In 2016, he discovered the music of Marow and Olaf Tonstein and found that through listening to this particular music he was able to access a new state of meditation. This began the journey of researching the technique he calls 'active mediation'. When he discovered that a lot of Marow and Olaf Tonstein's music from 2009 had never been released on vinyl, he knew he needed to release it one day. In their work, Mora identified a feeling pertinent to the concept of the label, one that exemplified the connection between minimal/ambient/glitch and IDO's ambient house sound. From there he reached out to other artists that he felt could relate to this idea, and asked them to contribute a track in response to the concept. The resulting compilation varies in tempo and technique, illustrating each artist's idiosyncrasies, yet as a whole it forms a cohesive and potent statement. Active meditation differs from regular stationary meditation through the focusing of one's attention on sound whilst in motion -- the form this motion takes is personal. The goal of active meditation is to transcend one's awareness of motion -- in fact, the awareness of being in a body -- and to become absorbed entirely in the sound. Mora found that this process has the potential to ease anxiety as all conscious thought is alleviated through concentrated focus on music. For the cover artwork, Mora selected a painting from visual artist Raphael Lecoquierre, in which the movement, airiness and minimalism elicits a profound sense of calm. Mora also invited writer and artist, Lou Drago, to interpret the concept in words. Their text, Suspending Reality, features on the inside of the gatefold cover.