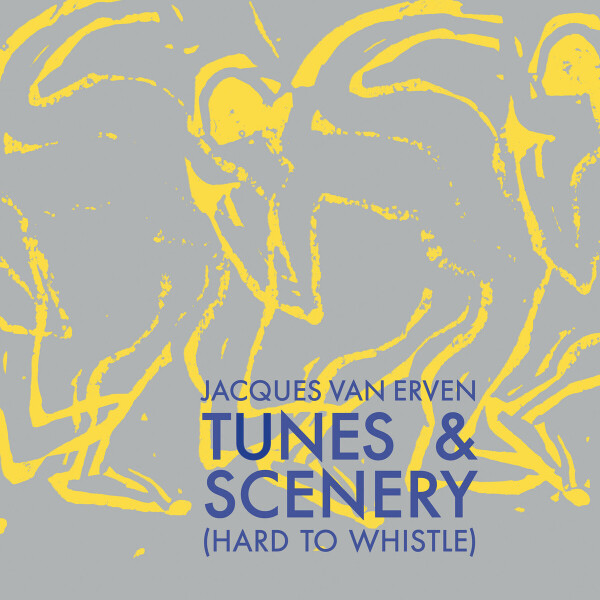 Tunes & Scenery (Hard To Whistle) was an adventurous and quite unique effort recorded on an analog four-track by young visual artist and musician Jacques van Erven. The album surprisingly binded together the sounds of analog synthesizers, small casio keyboards, jew's harp, ukulele, marimba, and a variety of drums. A kind of hybrid music of contemporary jazz and world music combined with influences of rock in opposition and new wave spread over fifteen instant composed songs. The album was recorded in the small village of Aalst (very near to the Southern Dutch city Eindhoven) at the studio where Jacques van Erven was painting and playing music with the help of engineer Koos Berthel. Now remastered and for the first time available on vinyl. Limited to 200 copies with poster insert and reproduction of a painting by Jacques.