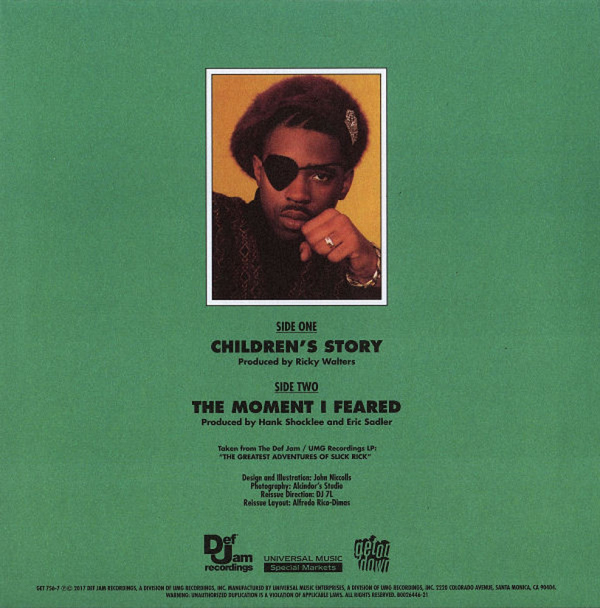 Storytelling has been a part of the hip-hop lexicon since the artform’s earliest days. And in all those decades, there has never been a taleweaver like Slick Rick. Even masters who came along in Rick’s wake – ranging from Will Smith to Ghostface Killah and Eminem – know that even though they blazed their own paths, they never did it better than the Slick one.
When it comes to Rick and his tales, 1988’s “Children’s Story” is perhaps his best, recited to this day by fans and MCs in training as a rite of passage. Just hearing the opening lines begins a sing-along that can quickly fill a room: “Once upon a time / Not long ago / When people wore pajamas / And lived life slow...” In recognition of such top-tier hip-hop storytelling, Get On Down now presents this 45 single reissue of the Slick Rick classic, featuring "The Moment I Feared" on the B-side. This 7" re-release, previously only available as part of Get On Down's 2017 Record
Store Day offerings, comes packaged in a re-creation of the original 12" cover art, and is the perfect addition to your old school vinyl collection.

A. Children’s Story • B. The Moment I Feared 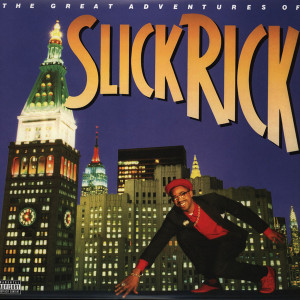 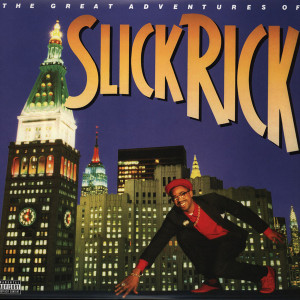 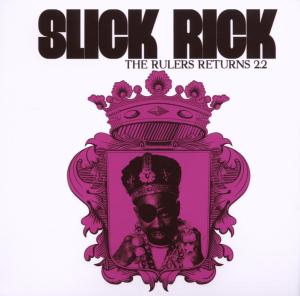 the great adventures of slick rick