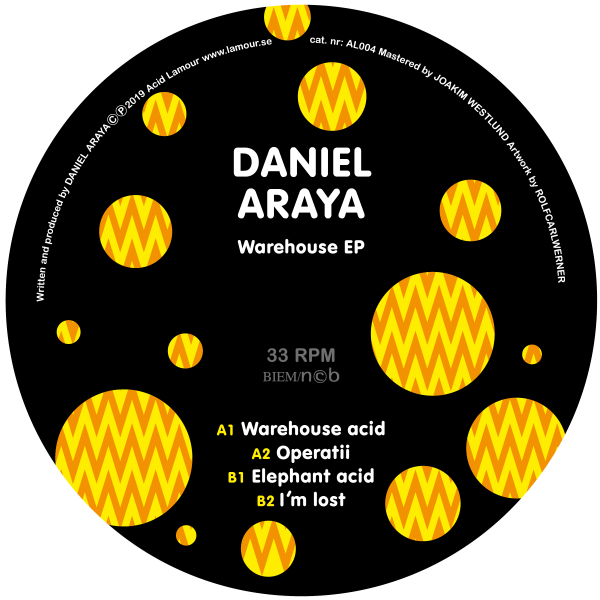 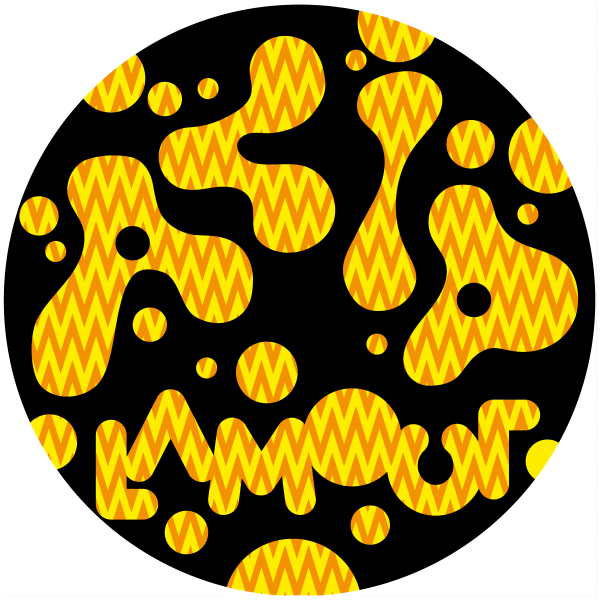 Daniel Araya from Stockholm, Sweden splits his music creation into periods of playing live, building synths and trying to record techno and acid bangers in his home studio. For years he had all his focus on playing live and developing the ultimate live rig but since 2013 he has started to release a steady trickle of records in various genres with a sound revolving around acid techno and the golden years of rave.
When I make music I have no direct plan and the styles can be quite varied.
Every now and then, a good track pops up that doesn't really fit in with the others, and those tracks I save. Lamour got to choose freely from that pool, I love to let others choose!
Warehouse acid is a DJ tool with classic rave piano, smack it on the sound system and maybe pitch it down for even more punch and run it early as a warmup!
Operatii is a track from about 2013 that I made into an EP that never got released. Which was probably just as well, the other three tracks didn't measure up and went in the trash!
Elephant acid is a track made when I beta tested a new drum machine, that is why I have the distorted bass drum that I usually don't use. I put some distortion on the 303 for good measure too!
I'm lost is a bit uncharacteristic song for me, I have a weakness for old trance sounds and Balearic. I don't usually dare to really go for it but here all the pieces fell into place and a nice 90íes-guilty-pleasure-sound came out the other end!
Mastered by Joakim Westlund /Artwork by ROLFCARLWERNER
Acid Lamour is a sub label for Lamour Records started in 2018 with a focus on techno and acid dedicated DJs. Releases are limited to 303 vinyls, no re-press. 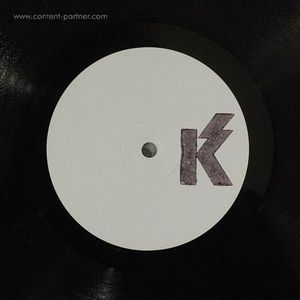 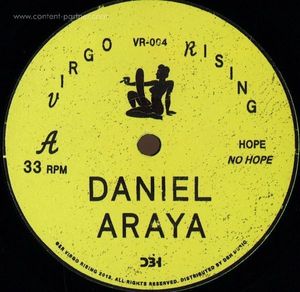 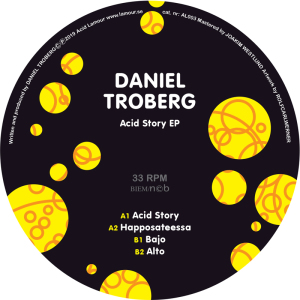 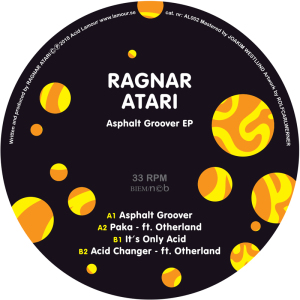 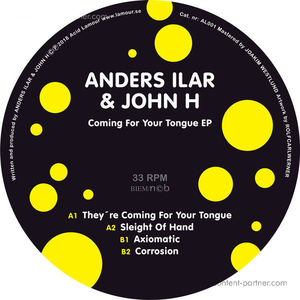 Coming For Your Tongue EP