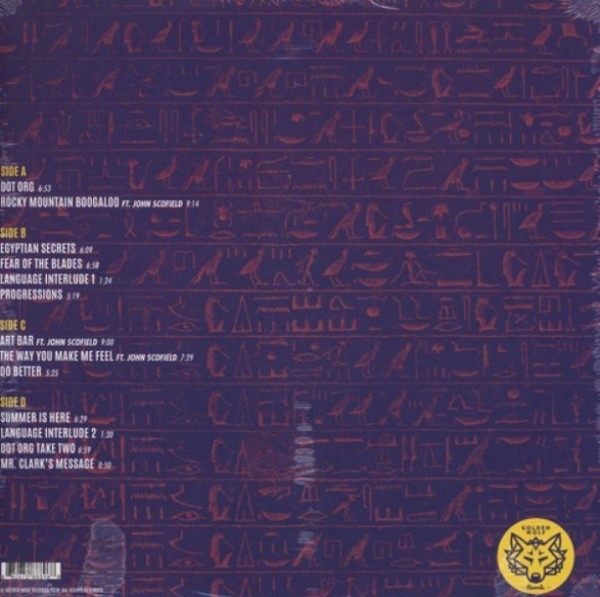 On the heels of massive successes with his main projects Lettuce and Break Science, celebrated collaborations with jazz guitar luminary John Scofield, and high profile hip-hop production placements with the likes of 50 Cent, Talib Kweli, and Redman, GRAMMY-nominated drummer/producer Adam Deitch finally unveils Egyptian Secrets, the long-awaited debut LP from his Adam Deitch Quartet. A fluid expression of the funkier side of soul-jazz, Deitch and his curated collective hint at the avant-garde, but stay grounded in warm traditions. AD4 adventures through the vibrant forest of late 60’s Verve and Blue Note cool, respectfully mining the essential elements of what makes a great hip-hop break, and then Deitch reimagines them in his own contemporary context.

In December 2013, after a Lettuce show at the Fillmore, Deitch connected with Bay Area organist Wil Blades. They played together for a late night jam at a popular haunt Boom Boom Room in San Francisco, and there was an instant chemistry. Blades had come up in the Chicago blues scene, before relocating to the West Coast. There, he studied and performed with venerable Hammond organ virtuosos Dr. Lonnie Smith and Ronnie Foster, titans of this specific brand of late 60’s/early 70’s B3-bolstered rare groove and jazz funk.

After establishing a rock solid rapport and common goal with Blades, Deitch reached out to his trusty cohorts Ryan Zoidis (saxophones) and Eric Benny Bloom (trumpet), aka The Lettuce Horns. Both players are well versed in the groove-jazz aesthetic with the vocabularies to match; the duo solidified the AD4 lineup and soon the drummer’s long dreamt-of, organ-driven groove quartet was born.
The fledgeling band began by performing exclusively covers, a selection of timeless tunes from Grant Green, Jimmy Smith, Cannonball Adderley and even Michael Jackson, the quartet traversing warm arrangements of familiar classics, songs levitating somewhere between jazz and funk. Firmly ensconced in the rare-groove i