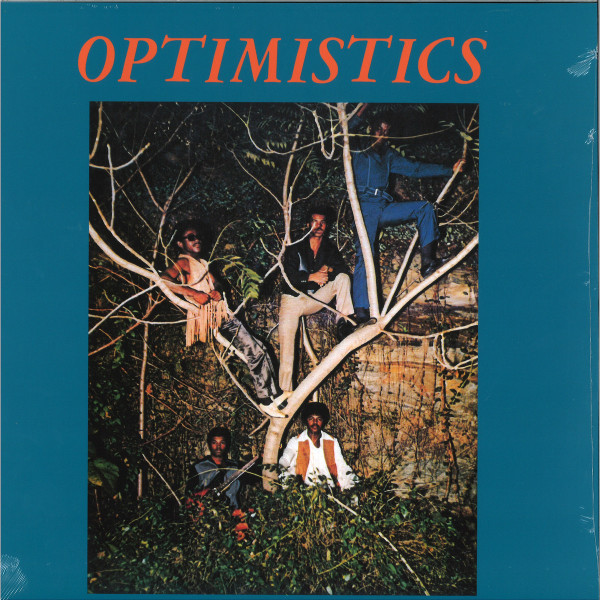 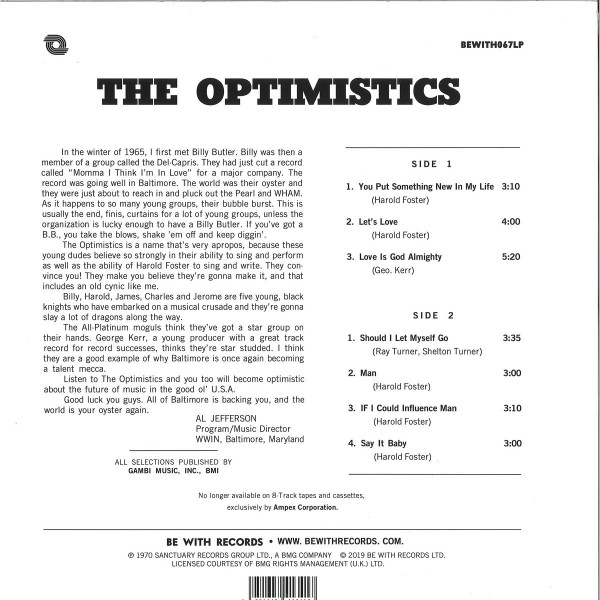 This is some serious top shelf material out of Baltimore and a certified masterclass in sweet symphonic soul. Optimistics was originally released in 1970 on Turbo and it’s every bit as essential as The Chi-Lites, The Delfonics and The Moments yet nowhere near as known. Those original copies are ridiculously rare and, of course, the prices are equally ridiculous. Optimistics is a killer LP throughout, beloved of discerning hip-hop producers worldwide and routinely championed by the legendary Pete Rock. The genius George Kerr has handled the production on what is an album of beautiful, naïve soul for mind and body. It’s bursting with goodness and, like the best of its genre, it radiates a heart-breaking ambience that cuts right to the core. The band of Billy, Harold, James, Charles and Jerome are described on the back cover as “five young, black knights who have embarked on a musical crusade and they’re gonna slay a lot of dragons along the way”. We’re not entirely sure how many mythical serpents were dispatched during the making of this album but we can certainly attest to the sense of evangelical drive. Evergreen opener “You Put Something New In My Life” is a heart-stopping ode to a transformative love. A ballad with spine-tingling chord changes and melodic switch-ups to spare, its sweeping strings and precise drums complement the falsetto delivery perfectly. It’s followed by the equally beguiling “Let’s Love”. Another string-drenched harmony ballad, it revolves around delicate piano and distinctive guitar lines, crying out to be recontextualised by the best sampling technicians. Closing out the A side, the wonderfully restrained “Lov