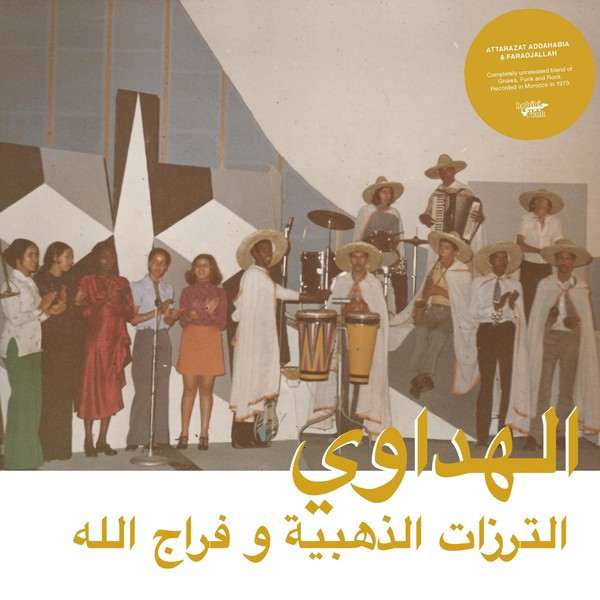 Habibi Funk is back with another album from Casablanca. Completely unreleased album which was recorded in Morocco in 1973 by three generation family band. A unique blend of Gnawa, Funk and Rock. Traditional Moroccan music meets electronic guitars and dense layers of percussion by a band that used to run in the same circles as Fadoul (And actually wrote one of his songs).

Attarazat Addahabia & Faradjallah's album came to us as quite a mystery. Our friends from Radio Martiko got access to the studio archive of the Boussiphone label and a reel labeled “Faradjallah” was among the items they had found there. After listening to the selection of reels they borrowed, Radio Martiko felt it was not a fit for their label and helped us licensing it from Mr. Boussiphone instead. We knew nothing about the band. We just had the reel with the music but very little information. What we knew was that the music was incredible and very unique. Gnawa sounds were combined with funky electronic guitars, very dense layers of percussions and female backing vocals more reminiscent of musical styles further south than Morocco. We started asking around whether anyone knew the band with no immediate success until we asked Tony Day, a musician from Morocco who helped us during our search for Fadoul’s family. His sharp memory came through once again, remembering all the names of the Attarazat Addahabia band members and even how to contact the bands singer and leader Abdelakabir Faradjallah. After visiting him at his home in Casablanca with our Moroccan colleague Sabrina multiple times, he shared his personal story. His father arrived in Casablanca from Aqqa at the age of six and his mother came from Essaouira. Abdelakabir was born in the neighbourhood of Benjdia in 1942. Abdelakabir Faradjallah studied fine arts in Casablanca, graduating in 1962. He also played soccer in the second team of "Jeunesse Societe One". His brother-in-law Ibrahim Sadr worked for one of the biggest football teams of 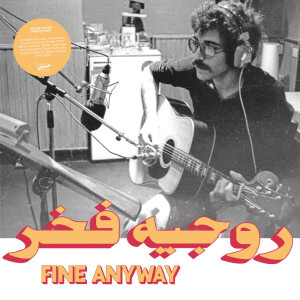 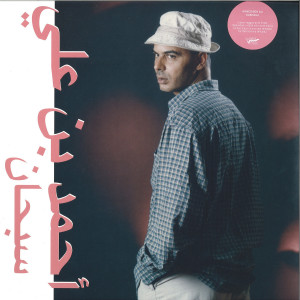 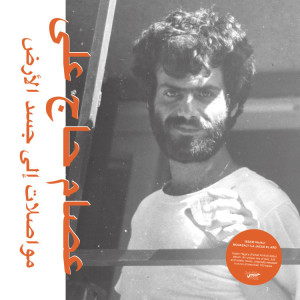 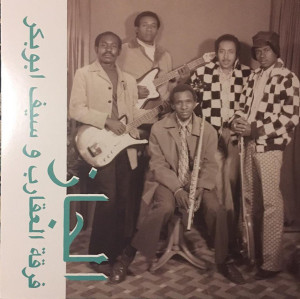 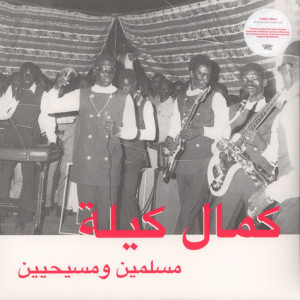