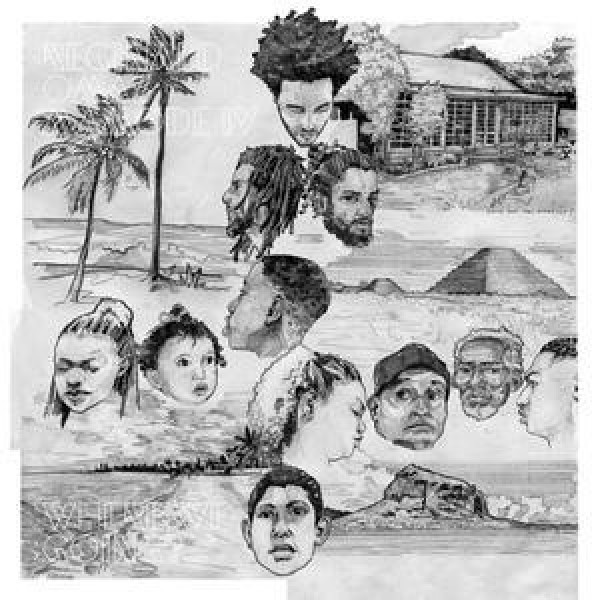 Where We Going? (LP)

Reginald Omas Mamode IV is set to release his third album 'Where We Going?' via Five Easy Pieces on 10th May 2019. The album was partly recorded on a journey to the Mascarene Islands in search of family roots. 'Where We Going?' is reflective of the search for this lineage, which branches from ancient Mauritian Maroons - whose rich heritage, music and culture includes an unrecognised, undocumented resistance to colonialism - though Swahili and Malagasy to sugarcane plantation Creole slave decent. Influenced by golden era hip-hop, jazz, soul, Afro, funk, Sega and Maloya, and music from Africa, the Caribbean, South London and US; it is in part an attempt to evoke feelings of universal love and compassion. Mamode recorded the album using various drums and drum machines, percussion instruments, Fender Rhodes, and Roland and Korg synthesizers. His two earlier albums - 2016's s/t debut and 2017's 'Children of Nu' - were warmly received, collecting critical success from Mojo ("A brand-new-retro delight"), Mixmag ("Peckham beat brilliance"), Record Collector ("Equal parts D'Angelo to J Dilla"), The Wire ("Soul music turned all the way inward"), DJ Mag "A masterpiece") and Bandcamp ("Lifeforms that are equally steeped in hip-hop, funk, soul and jazz"). He was also nominated for 'Album of the Year' at Gilles Peterson's Worldwide Awards 2017. Along with Mo Kolours, Jeen Bassa, Henry Wu, Al Dobson Jr and Tenderlonious; he's helped forge in the 22a co-operative that The FADER calls "a kaleidoscopic patchwork of hip-hop, house, and groove investigations bound by one thread: a timeless belief in rhythm as a universal language".