The Afro National band was formed in Freetown, Sierra Leone in 1972. Their inspirational leader, Sulay Abu Bakarr accompanied by his wife Patricia and Ayo Roy Macauley split from the Sabanoh Jazz Band to form their new group. They skillfully merged highlife and jazz sounds with a deep knowledge of West African sounds. Growing to become one of the premiere bands to emerge from Sierra Leone they not only defined the sound of the country for a generation but also crafted some of the country's most popular and memorable songs (for example Sonjo which is included on this collection).

The band toured extensively throughout Africa and Europe in the 70s (working with the giant of Sierra Leone music Akie Deen in the process). Towards the end of the 70s the band departed Sierra Leone, Sulay and his wife moving to Maryland in the US and other members moving to London.

Our collection focuses on possibly not the best known songs of the band but the tracks which have the rhythms to move the dance floor. We open with the foot tapping "Jokenge" and its driving shuffle beat, swirling organ and percussive guitar lines. "Push Am Forward" takes a afro-psychadelic turn with its hypnotic rhythms and driving distorted guitar. "Mr Who You Be" is a cover of the Fela Kuti track, doing it fine justice. "Gowa" highlights the vocal prowess of the band, as dose the ever popular "Sonjo" (the version featured here is a rare alternate recording).

"Money Palava" opens up side two with its infectious highlife beat and hooky vocals. "Money Nor Bataya" highlights the bands first use of synthesizers. "Mother In Law" sweeps up back to Free Town 1973 with its clever vocal. "Set My Soul On Fire" is a bonus track which brings in the International flavour of the band.

The Afro National band continues in various guises to this day, with Sulay and Patricia acting as the proud and talismanic figures for a whole generation of Sierra Leonean music. 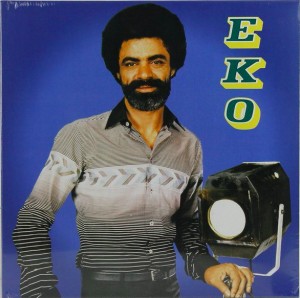 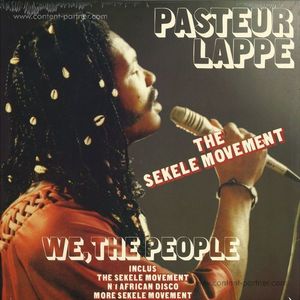 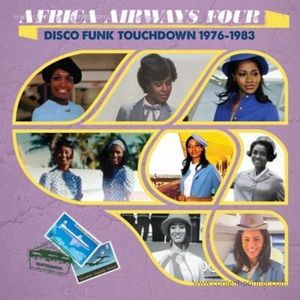