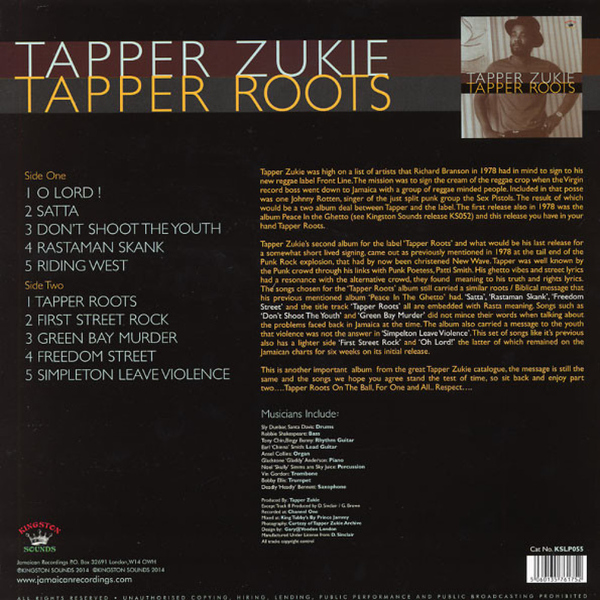 Tapper Zukie was high on a list of artists that Richard Branson in 1978 had in mind to sign to his new Reggae label Front Line.
The mission was to sign the cream of the reggae crop when the Virgin record boss went down to Jamaica with a group of Reggae minded people,included in that group was one Johnny Rotten,singer of the very recently disbanded group The Sex Pistols.
The result of which would be a two album deal between Tapper and the label.
The first release also in 1978 was the album Peace in the Ghetto(Kingston Sounds KS052) and this release Tapper Roots.
For the cd issue of this release,Tapper has picked two tracks that he feels hapy to put alongside the album.
'Make Faith' cut with the band Knowledge and' New Star'..
This is a very important album from the Tapper Zukie catalogue...Respect 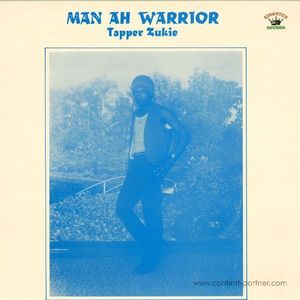