When people think of Tough Gong they usually think of Bob Marley and rightly so, as he was nicknamed and often called Tough Gong and from this his early releases which came out on the Tough Gong label. But Tough Gong was also the name of a recording complex named after Bob Marley hat included a top level recording studio, pressing plant and distribution centre that would allow reggae music to carry on many years after his sad and too early demise.

Bob Marley had take over the former residence of Island Records boss Chris Blackwell the Island House, 56 Hope Road around 1974. Just before the 'Smile Jamaica' concert on 03rd December the same year the house was ambushed by gunmen. Bob's manager Don Taylor was hit 5 times AND Bob was shot in the arm and his wife Rita Marley was hit in the head by a stray bullet. How no one was fatally injured is staggering. Immediately after the concert Bob Marley started his self imposed exile from Jamaica, settling in London, England. This would lead to the aptly named exodus album being recorded there in the summer of 1977. It would not be until the 'One Love' peace concert in Kingston's national arena on the 22nd April 1978 that would see Bob's return to the island. Marley felt is was important to show his commitment to the people of Jamaica and on his return to 56 Hope Road he began construction of his own recording studio with the help of music mogul Tommy Cowen. Unfortunately Bob Marley's short life would end on the 11th May 1981 from cancer which originated form a football injury. His passing would lead to 56 Hope Road being turned into a museum to the legend of reggae music.

A new location would have to be found to carry on Bob's work which was 220 Marcus Garvey Drive, Kingston 11. The buyer would be Rita Marley and the Tough Gong International Organisation.

Engineers working at the new facility included Errol Browne who had worked at Treasure Isle studios and Hopeton Overton Browne known as 'Scientist', named by the gr 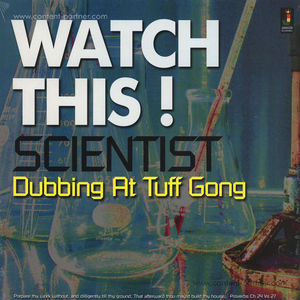