The return of Chords was met by adulation from the drum & bass community. After spending over a year on his film-making artistic endeavours, he saw 2017 as the perfect time to come back to music making. And most recent single 'Love Burning' has re-solidified his place within the twenty-five-year strong RAM Recordscamp, proving that despite his hiatus he's still able to tap into the skill set which made him so notorious within its roster. For October, Chords is continuing his stream of releases with forthcoming record 'No One is Listening / Glacier', a two-track offering which calls upon his stellar song writing capabilities and dancefloor appeal. It gives a multi-dimensional snapshot into his engineering, demonstrating his penchant for both sunshine filled crescendos and dirtier bass riffs, a combination alluding to why he originally came under RAM's radar. The next single from Chords proves that he's continuing to expel his craft. And with a host of tour dates on the horizon, including sets at RAM's seminal RAM25city-wide shows, he's definitely here to stay. 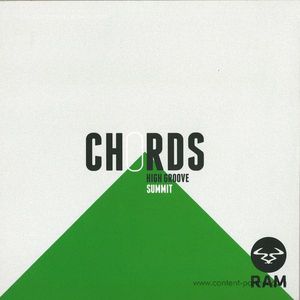