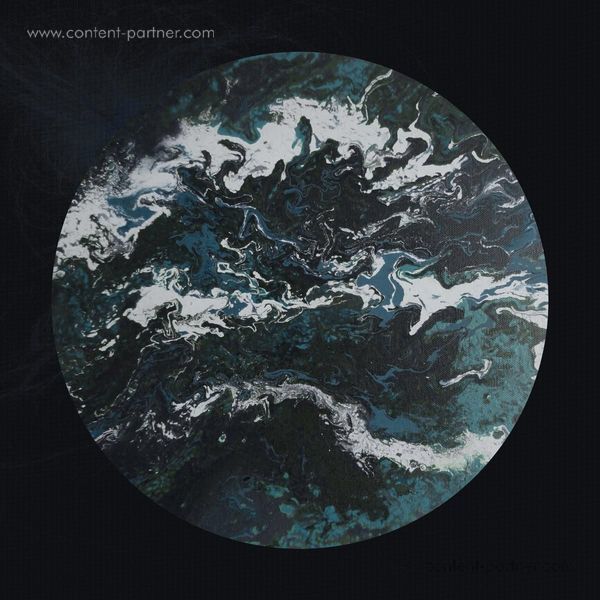 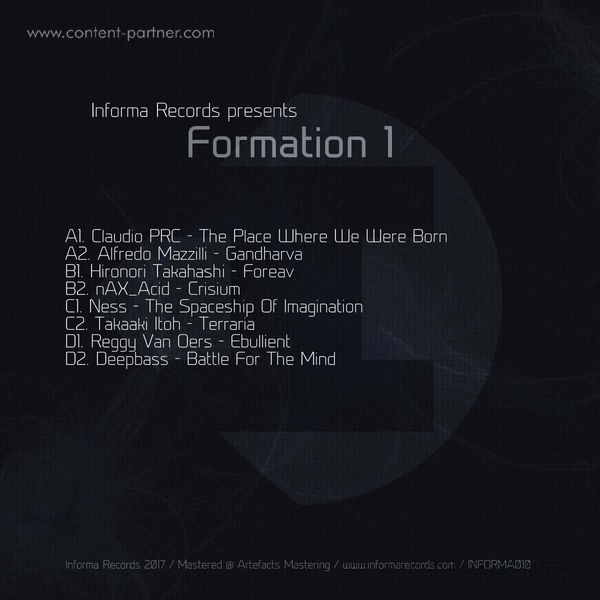 It might not always be obvious, but music as escapism can serve as a radical social statement. What some may see as daydreaming or imagination of impossible realities, can constitute a sort of revolution of thought, the seed of a more human and sentient worldview. Although on a first listen, high-level basis, it may seem as if the music contained in Informa's 10th release is a series of
psychedelic, dystopian and otherworldly tools for escape, it might actually be a proposition for improvement, a route to self-discovery, a reflection on the true nature of our surroundings.
Although at no point in this release such high concepts are made explicit, there is a consistency in vision and methods present in the art created by the peers that label founder and owner Deepbass has selected for this very special, celebratory release. Encapsulating the product of eight minds, eight visions, in a common concept for evolution in unity. The 8 tracks that make up this double EP create, by sheer power and purpose, a collision of 8 wormholes into different worlds and times, into which the listener is immersed and propelled, and from which he can gather new perspectives, renewed thought, clearness of mind.
The spinning melodies and travelling colours of Claudio PRC, the deep driving ancient ceremonial music engendered by Alfredo Mazzilli, the electroshock waves of Hironori Takahashi's submerged sounds or the dramatic, ghostly suggestion of fear and paranoia weaved by nAX_Acid. Ness's imagining of what happens in the eye of every storm, earthly or otherwise. The circular stimulation
and mounting tension evident on Takaaki Itoh's contribution, the cave-dwelling echoes of Reggy Van Oers' lightning strikes. And the entrancing menace and feeling of hope subjacent to Deepbass's own proposal. All of them can be seen as eight tunnelling paths into the lost hours of the longest nights on the dancefloor, or a single unifying quest to take back control of a progressively harsher and alienati 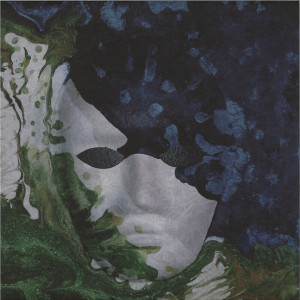 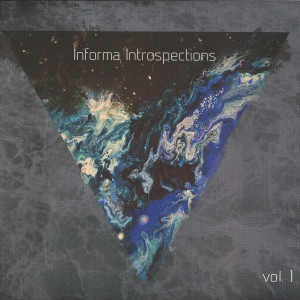 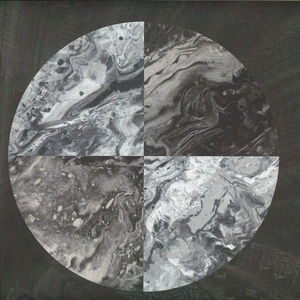 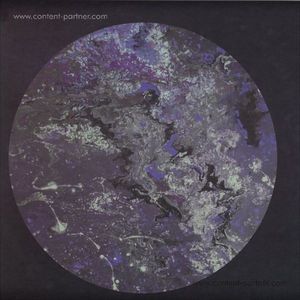