Pete Tong with The Heritage Orchestra

Early 2015, an idea to marry the world's most iconic classical music event with Britain's greatest electronic dance music icon was proposed. Eyebrows were raised and questions were asked. Could it work? Fast forward to July 2015, in the hallowed surroundings of the Royal Albert Hall, as the string section of The Heritage Orchestra played the open bars of Fatboy Slim's 'Right Here Right Now', any doubts were dispelled as the audience rose to their feet and a new movement in dance music was born. Breaking BBC iPlayer records and racking up 500,000 views via YouTube in the first week, the Ibiza Prom inspired a younger generation to engage with orchestral music and rekindled the passions of a rave generation. December 2016 will see the show born again with sold out shows at London's O2, Manchester Arena and Birmingham's Genting Arena, the show will include guest performances from legendary artists and The Heritage Orchestra. Working painstakingly with Pete, conductor Jules Buckley and orchestra director Chris Wheeler and producer Mark Ralph have recorded iconic versions of classic tracks such as Faithless 'Insomnia', The Shapeshifters 'Lola's Theme', Energy 52 'Cafe Del Mar', and many more. Pete Tong 'Classic House' is a union of orchestral music and iconic dance tracks and another bold, brilliant move from one of the most influential figures in dance music. The LP is a 2LP 180g Gatefold release 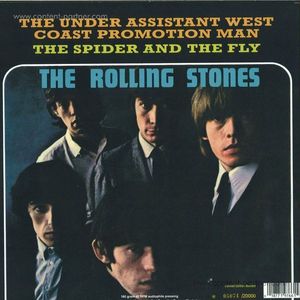 I Can't Get No - Satisfaction