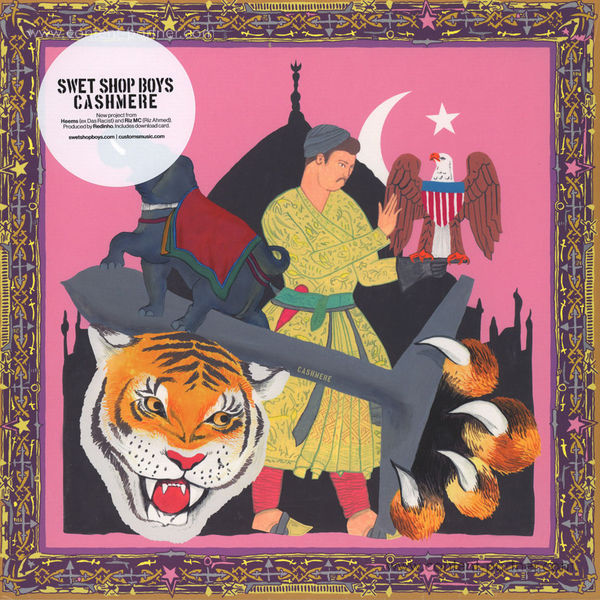 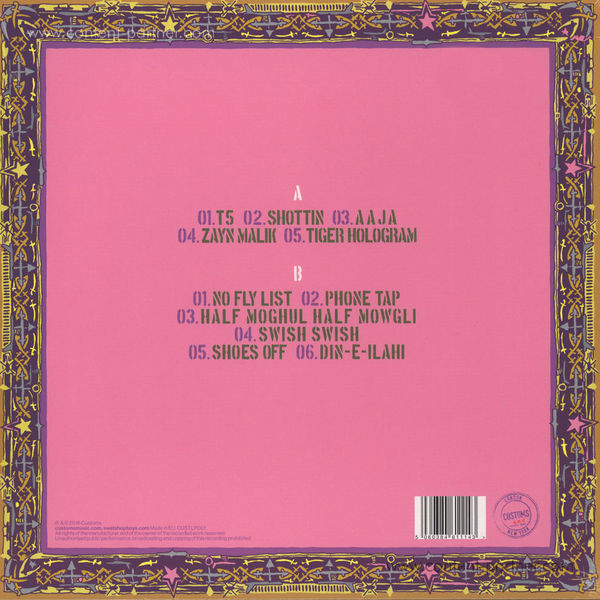 Swet Shop Boys (SSB) have arrived with 'Cashmere', the debut from Queens, New York's Heems (Himanshu Suri, ex- Das Racist) and NW London's Riz MC (Riz Ahmed). Both are prolific artists, actors and activists in their own right, now bringing their creative experience and the riches of their working class immigrant roots together. Rounding out the trio is British producer Redinho, providing the soundtrack for songs like their first single 'T5', where the emcees lament the discrimination they face as they amass frequent flyer miles while traveling the world for work.
'Cashmere' seems timely in a world where the US and UK look across the pond for different reasons: Trump and Brexit, trap and grime. From Heems' poignant debut 'Eat, Pray Thug', to Riz's acclaimed mixtape 'Englistan', the Trans-Atlantic, Indo-Pak duo have proudly fused their worlds together here. Musically, the palette draws from a gumbo of Qawwali hand claps, hype harmonium, Bollywood string drama, spiralling sitars, Western synths and an arsenal of drums - from 808s to tablas and tars, dholaks and doumbeks.
Redinho provides the heat for their melting pot. His debut solo album earned praise from Mark Ronson, Jessie Ware and Hudson Mohawke, who brought him out on tour recently. Heems started his career with Das Racist and has kept busy since with his label Greedhead, a series of university lectures and rapping from Macau to Malaysia.
Riz MC's debut 'Post-9/11 Blues' was banned from UK radio and his music since has maintained that sharp social commentary as well as his acting career, which includes projects like 'Four Lions', 'Nightcrawler', HBO's 'The Night Of' and the new 'Stars Wars' film.
'Cashmere' is released on Swet Shop Boys' new imprint, Customs.
The vinyl format includes a digital download code