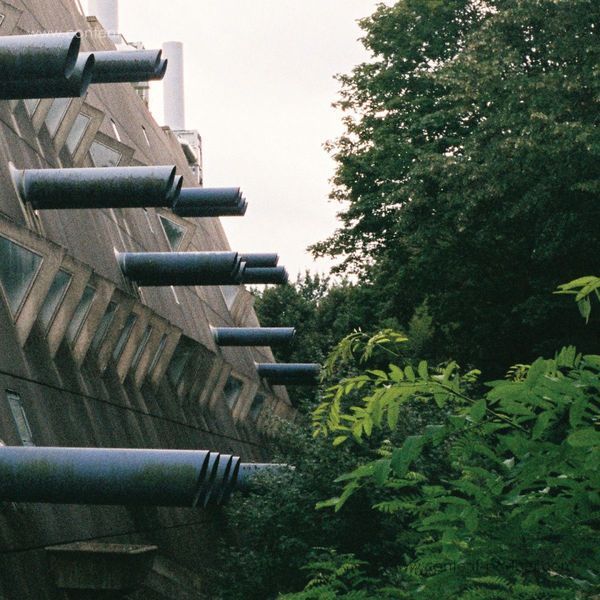 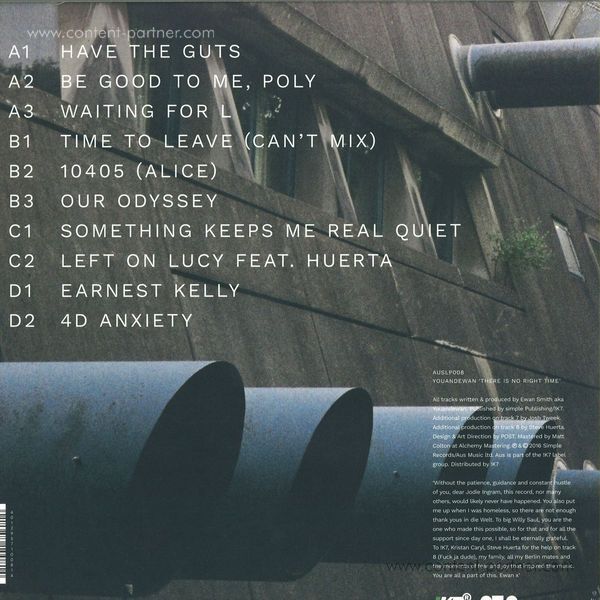 There Is No Right Time

Completing a fantastic triptych of LPs for 2016, Will Saul’s Aus Music is delighted to announce a debut full length from
Youandewan. The Berlin based Brit’s ten track 'There Is No Right Time' lands in October 2016 and shows a very real
development of his deep house style. Youandewan is Ewan Smith, a DJ and producer who has quietly but
consistently gone about fomenting his own tender brand of deep house. He has been doing so since 2009 and most
recently settled on this label with tracks that are shy but seductive, and full of both motive and emotive forces. This album stays true to that narrative, but really sees the producer finding his feet with his most accomplished and elegant work to date.
Much of the music was sketched out during a wintery Berlin three years ago. Having left London, hungover from a breakup, Smith found himself broke and secluded in an apartment for four
months. All this lent the music he wrote a melancholic vibe, one that nods to the lonely nature of the job and to the
darker side of constant partying and all that comes with it.
A swelling, expansive piece of melodic atmospherics starts things
off, then the soft hues of some analog chords bring a neon glow to the weightless whirl of 'Be Good To Me, Poly'. Soaring synths marry with a raw drum and bass combo on 'Waiting for L',
then 'Time To Leave (Can’t Mix)' resets to a piano laced beatdown vibe that is willfully wallowing. '10405 (Alice)' is a
shimmering, crescendoing piece, and from there the second half of the album begins to take an upward and optimistic swing through the floating, graceful harmonies of 'Our Odyssey'.
'Something Keeps Me Real Quiet' is a concession to the floor with its rusted electro slither, 'Left On Lucy' calls upon friend Huerta for a flailing bit of hi-tek soulful house Derrick May would be proud of, and 'Earnest Kelly' nods to the '80s with its stomping retrosynthesis. Finally, '4D Anxiety' allows all pent up emotion and energy to dissipate via a playful h 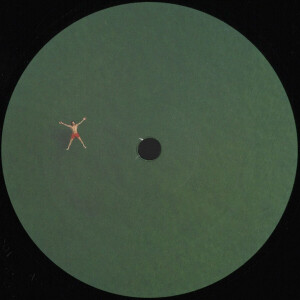 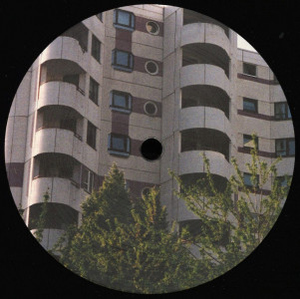 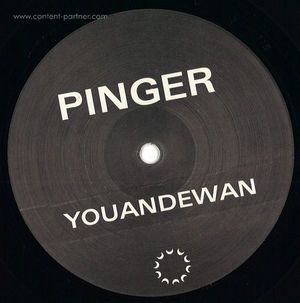 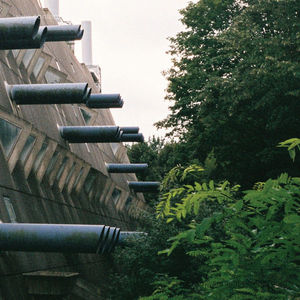 there is no right time