Whitney Houston was inarguably one of the biggest female pop stars of all time. Her accomplishments as a hitmaker were extraordinary; just to scratch the surface, she became the first artist ever to have seven consecutive singles hit number one, and her 1993 Dolly Parton cover "I Will Always Love You" became nothing less than the biggest hit single in rock history. Houston was able to handle big adult contemporary ballads, effervescent, stylish dance-pop, and slick urban contemporary soul with equal dexterity; the result was an across-the-board appeal that was matched by scant few artists of her era, and helped her become one of the first black artists to find success on MTV in Michael Jackson's wake. Like many of the original soul singers, Houston was trained in gospel before moving into secular music; over time, she developed a virtuosic singing style given over to swooping, flashy melodic embellishments. The shadow of Houston's prodigious technique still looms large over nearly every pop diva and smooth urban soul singer - male or female - in her wake, and spawned a legion of imitators (despite some critics' complaints about over-singing). Always more of a singles artist, Houston largely shied away from albums during the '90s, releasing the bulk of her most popular material on the soundtracks of films in which she appeared. By the end of the decade, she'd gone several years without a true blockbuster, yet her status as an icon was hardly diminished. She will always be remembered for her angelic soulful voice and hopefully this Remix Compilation on this very special Vinyl Release will help keep her songs both old and new on the dancefloor. Enjoy.

THE BEST OF WHITNEY HOUSTON

love will save the day (master kev and t 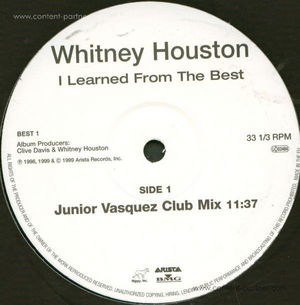 i learned from the best (j. vasquez rmx) 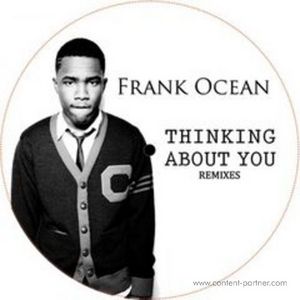