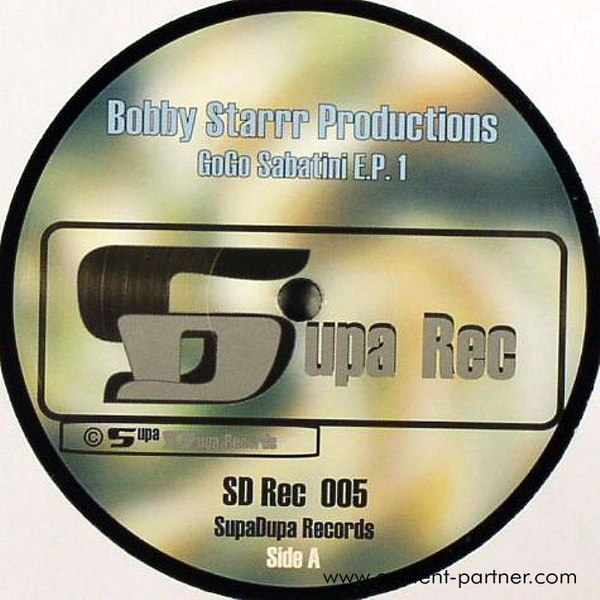 Born in Wolverhampton, England, just after the release of Donna Summer and Giorgio Moroder ?s seminal disco hit “I Feel Love”. Music was an important issue from an early age. Hearing his Mother..s Beatles and Motown collections, while mixed with his Father ?s love of the “Big Band Jazz” sound, was to have an effect which would immerge later. At 16 years old, he began working at the independant music shop Mike Lloyd Music in his home town, which caused his craze for vinyl to begin, he started collecting the strange but lovable records from Deep Spritual Jazz and Classic Hip-Hop right through to Detroit Techno Soul and the emerging UK Bleep Sound.. Now in his adulthood he still has that same passion for his music.Already known for his unique Dj style he takes it a bit further by teaming with Chicago Legend Tyree Cooper on his Supa Dupa Label.“11.47? came together from Bobby Starrr ?s love for Bugz In The Attic and their Broken Beat Groove, Kevin Saunderson ?s E-Dancer project and all that 70 ?s New York Latin Funk…….”11.47 ,has that right feeling you need before you get ready to go out jackin.Also you have Tyree Cooper on the vocals to help you on your way…it must be a good time!!!” plus just mention that the Guarachero and Con De La Luz Del Sol, which have been developed from the orignal jam sessions which was for the Schleiermacker Strassenfest in Vienna Summer 2005 featuring The Royal Flush Allstarrrs who were the headline performers on the saturday night……Bobby Starrr, Eldis Del Rose and Sophia Mae.This one is for the Deep House Jackin people,i mean Deep Jackin……….