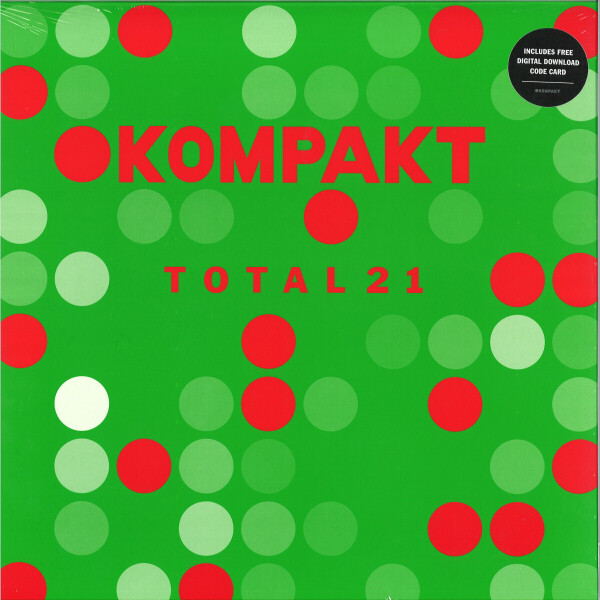 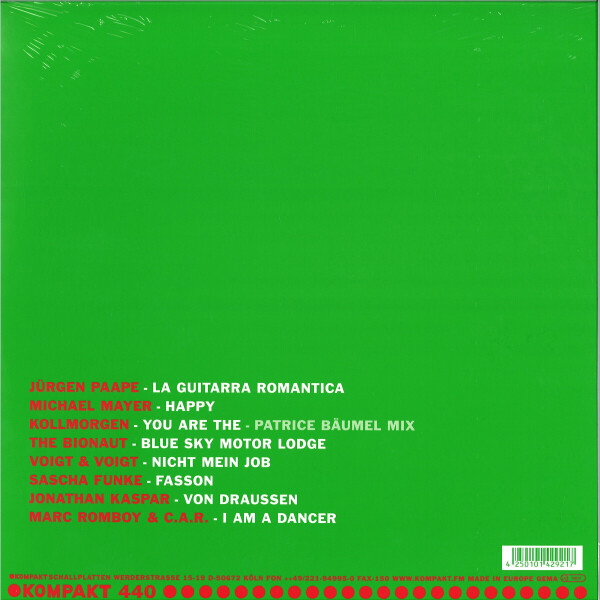 TOTAL turns 21 this year, and Kompakt’s venerable compilation series couldn’t have asked for a more auspicious coming-of-age collection. If TOTAL 20 was consolidation against the odds, the Kompakt crew producing for a dreamt-of dancefloor in an uncertain future, then TOTAL 21 feels abuzz and alive with possibilities. Significantly, it’s the first TOTAL in some time that’s streamlined down to a single disc; this makes TOTAL 21 even punchier than usual, a joyous, reflective, and always thrilling 75-minute audio scan of the world according to Kompakt.

As with every instalment of TOTAL, there’s a deft balancing here of Kompakt regulars and new blood. Of the latter, there’s a first appearance by KOLLMORGEN, remixed by PATRICE BÄUMEL into an astral torch song; Amsterdam’s NICKY ELISABETH, offering up ROMAN FLÜGEL’s pulsating, arpeggiated remix of “Celeste”; and CAPTAIN MUSTACHE swoops down into view, PLAY PAUL in tow, with the dream-like electro lift-off that is “Everything”. JONATHAN KASPAR also drops by with a new track, “Von Draussen”, a stealthy and lethal floor-hugger with prowling bass.

Elsewhere, there’s the lead track to MICHAEL MAYER’s astonishing recent EP, “Brainwave Technology”, which not-so-gently spears the tech-futurist babble of AI, transhumanism and posthumanism, soundtracked by one of Mayer’s typically lush, glimmering soundscapes. JOHN TEJADA reaches back to the heyday of glitch and dub techno with the gorgeous “Spectral Progressions”, while the brothers VOIGT & VOIGT, on “Nicht Mein Job”, seem reinvigorated by the interwoven patterns and funky minimalism of the Profan days. Not to be outdone, JÜRGEN PAAPE kicks TOTAL 21 with “La Guittara Romantica”, a chiming and lilting lullaby for woozy late-night reflection.

Throughout, it feels as though Kompakt are taking a moment to both breathe in the dust of the past and look forward to a bright future. Perhaps that’s why, on “Fasson”, SASCHA FUNKE seems so confident, with pinprick melodies bouncing ar