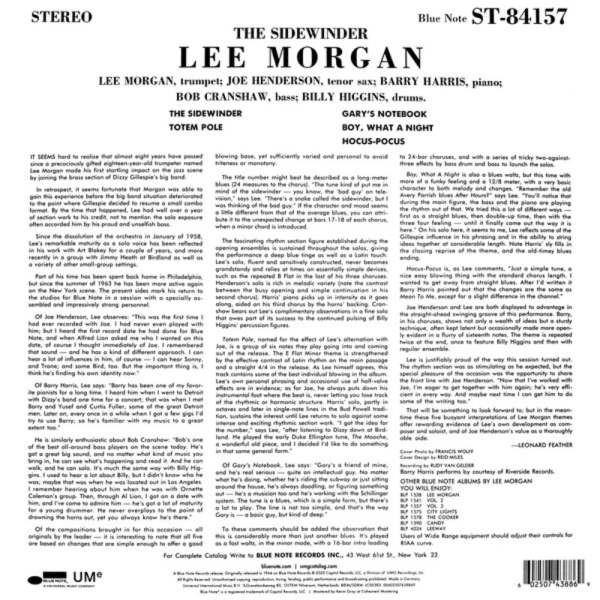 Blue Note 1963 - Classic Vinyl Reissue Series
Lee Morgan’s magnum opus The Sidewinder — recorded in 1963 and release in 1964 — was both a come-
back and a coronation.
The prodigious trumpeter had debuted on Blue Note in 1956 at the age of 18, but personal problems in
the early-60s forced him off the scene temporarily. His rebound recording turned out to be The Sidewinder,
an assured and energetic set of 5 indelible Morgan originals featuring tenor saxophonist Joe Henderson,
pianist Barry Harris, bassist Bob Cranshaw, and drummer Billy Higgins.
The album became his biggest commercial success fuelled by the irrepressible title track.
FOLLOWING THE RECEPTION OF BLUE NOTE RECORDS’ ACCLAIMED BLUE NOTE 80 VINYL
REISSUE SERIES, THE LABEL ANNOUNCES A CONTINUATION OF ITS ALL-ANALOG 180g VINYL
PRESSINGS OF CLASSIC TITLES MASTERED FROM ORIGINAL TAPES BY KEVIN GRAY 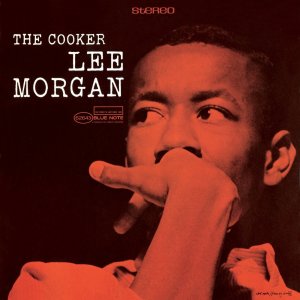 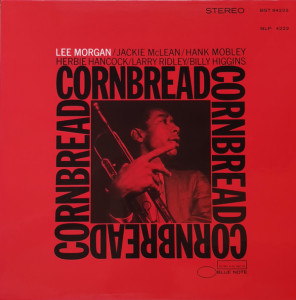 I Can See Your Horse From Here (Tone Poet 2LP)