There was huge demand on the first issue - now released in a standard edition. Limited. Be Quick!

Hot double LP of beats and scattered rhymes (JPEGMAFIA, Retro X & Jeshi feature) from this highly inventive producer. Having gained notoriety for his work with Frank Ocean and Travis Scott among others, Only Diamonds Cut Diamonds is overjoyed, heady and nervous at once. It offers a proper introduction to the massively imaginative sound of Vegyn.

Vegyn, AKA Joe Thornalley is by no means the new kid on the block. You probably know him as the producer of Frank Ocean’s legendary albums “Endless” and “Blonde”. However, this isn’t about that. Record of the week this week is Vegyn’s debut album “Only Diamonds Cut Diamonds”, an incredible piece showing his stand-alone work is set to be as iconic as his collaborations. The album is hard to define to one genre, it has chasms of hip hop, jazz and electronic sounds with an esoteric dream-like edge. What stands out about this is the contrast within the tracks, making the personality of this album multiply the further you listen.

We start with a dreamy futuristic vibe, the track “Blue Verb” is wintery with echoing vocals. These continue into “Nauseous/Devilfish”, in the breaks between verses from JPEGMAFIA. “That Ain’t No Dang Cat!” is a crescendo of hecticness, mellowed out only slightly by the glitchy but slow and melodic “Aspenz”. “Cowboy ALLSTAR” is the track on this album for me, it’s complex, melodic and spicy all at the same time. “Thoughts Of Offing One” again feels more emotional, whereas “Debold” has a broken beat, with abstract breaks and an atmospheric tone. “Fake Life” is beautifully constructed, and really fits into the genre of modern classical music, this contrasts entirely with “I Don't Owe U NYthing”, a more off-kilter hip hop track from the London talent Jeshi. “Fire Like Tyndall” crackles and opens into a slow jam, with trap-like rhythms and distorted vocal recordings. “Unknown, Forever Unknown” again poi 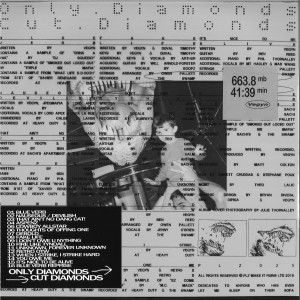 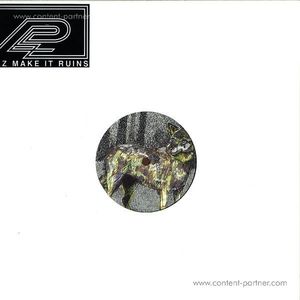