Following two previous excursions into degraded tape loops, fuzzed-out ambience and bittersweet moments of tenderness, O$VMV$M return to Idle Hands to complete a trilogy of LPs with 12 vignettes from the underbelly of the Bristol scene.

Bound to Young Echo's ever-swelling cult of wayward sonics, individually Amos 'Jabu' Childs and Sam 'Neek' Barrett have plenty of irons in the fire. Childs deals in forlorn, vocal-led introspection alongside Alex Rendall and Jasmine Butt as Jabu, while Barrett can be found laying down punishing modern grime variations alongside Kahn, or delving into more traditional soundsystem sonics in Gorgon Sound. Meanwhile the pair were clearly heard laying down some of the tones that seep out of the uncredited Young Echo collective LP from earlier this year. Their production work behind Rider Shafique's killerLion7" on Lavalava was unmissable, and their blunted beats behind Manonmars' debut LP are awaited with anticipation.

As O$VMV$M, the pair enter a particular sound world that mixes cosy nostalgia with creeping dread. Even at its most mellow, a sense of unease hovers beneath the surface, and that's what makes their approach so compelling. The sound palette is broad, from pitch-shifted RnB vocal licks to foggy trumpets crawling at half speed, but over it all a dense blanket of dust gives the sensation of peering back through time.

Putting paid to the idea that immersive music needs to be long and drawn out, the dose response on these condensed mood capsules is quick and strong. In a little over 20 minutes O$VMV$M take you far and wide. The trip over the past three LPs has been an adventure for both label and artists - Sam and Amos have shaped out a style that now feels like a fully formed entity independent of their other ventures. We look forward to seeing where O$VMV$M heads from here. 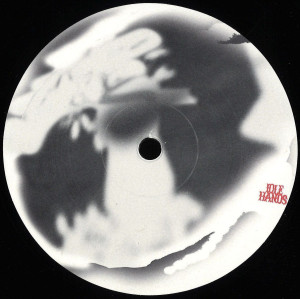 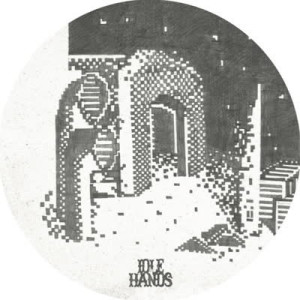 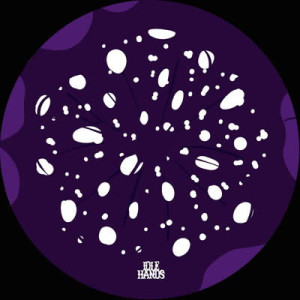