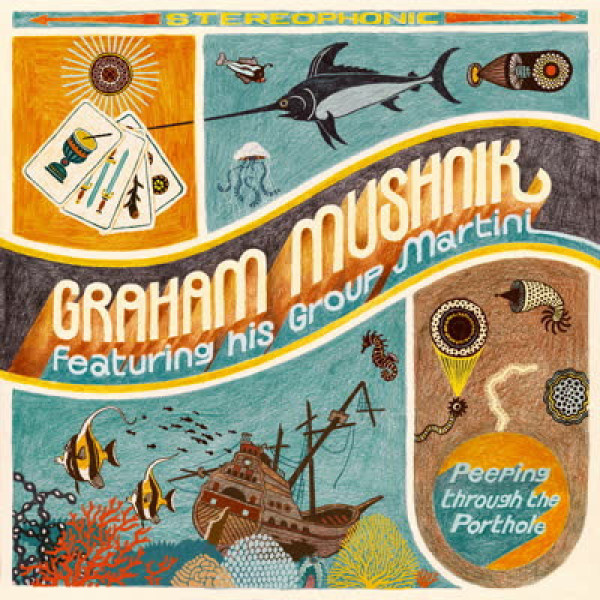 Peeping Through the Porthole (LP)

Catapulte Records' in-house organ player / producer Graham Mushnik is back with his 3rdLP, featuring his fantastically groovy Group Martini for the first time on record – also featuring the vocal talents of Derya Yildirim and Benny Gordini.

Acclaimed as one of Europe's contemporary "wizards of the organ manual", Mushnik (who plays in Malphino, Derya Yildirim & Grup Simsek and Guess What, amongst other bands and projects) invites us to a curious and sinister lounge cocktail party, where Western and Eastern sounds collide in the manner of a classy spy movie soundtrack from the 70's.

Accompanied on side A by his Group Martini (which features members of Mazalda, Imperial Tiger Orchestra, Les Pythons de la Fournaise and Phat Dat), he leads us through the action via fantastic melodies (starting with the majestic "Group Martini's Theme"), impeccable funk beats and extraordinary solos – flutes, Persian santur, moogs, saxophones, bass and bongos all get their chance to freak out!

Side B finds Mushnik alone playing all instruments on an epic instrumental trilogy ("At Sea / The Wreck / Gone All Jetsam") that travels from folky prog moods to the hip-hop side of his production where loops become deep and hypnotic. The album treats us with 2 vocals tracks, respectively "Hos Geldin" (which translates as "Welcome"), another epic and funky journey beautifully sung by Derya Yildirim, and "Flow Up, Flow Down", a cross between Disco and Afro-funk, soulfully interpreted by Benny Gordini from French Soul-funk band The Slow Slushy Boys.

All wrapped up in stunning gatefold artwork, "Peeping Through The Porthole" offers a 360° view on Graham Mushnik's imaginarium 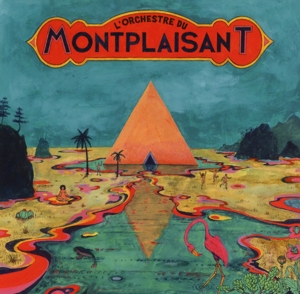