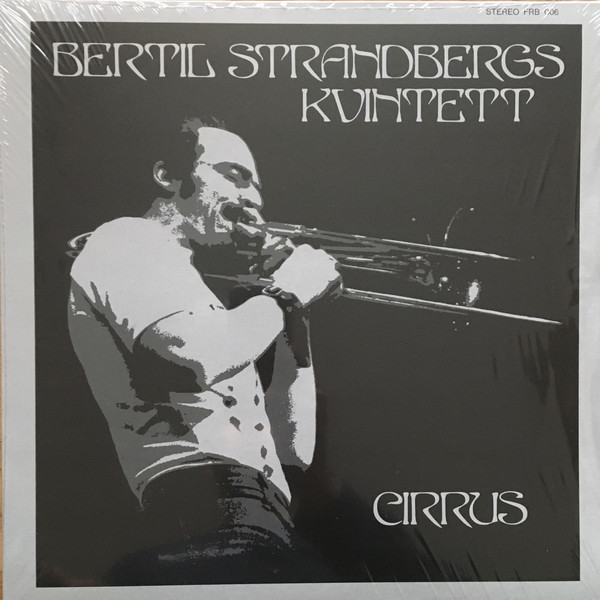 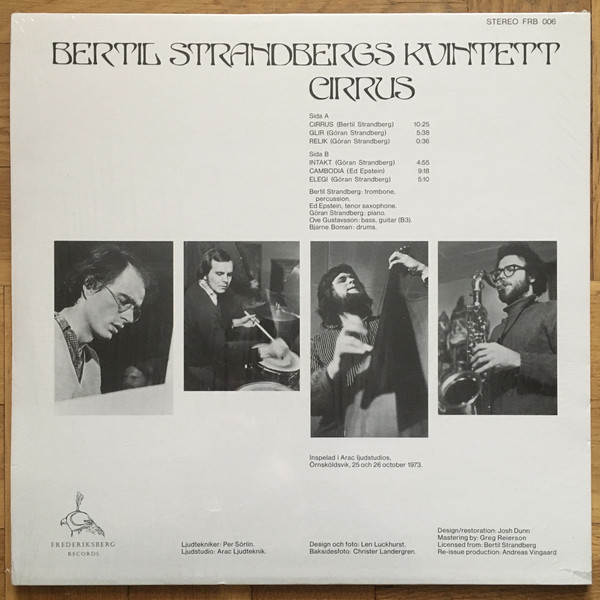 In 1973, a snowstorm almost prevented the band from making it to the studio to record this album. Cirrus, released in 1974 in tiny numbers, has since become a heralded object among jazz aficionados. Now 45 years later, Cirrus is finally available on vinyl again ! Comes with an insert with unpublished photos and liner notes by Mats Gustafsson

Cirrus is full of melancholy. Yet it is balanced with a curiosity and an awareness of the world. Named after a white, wispy cloudscape made up of ice crystals, one can almost picture the deep woods of Sweden as the backdrop to these six compositions.
The group, lead by trombonist Bertil Strandberg, recorded only this album. Bertil wrote the title track which gives you a hint at how he sees the world. Bertil’s brother, Göran Stranberg is on piano and wrote most of the songs on the album. American ex-pat Ed Epstein is on tenor. Ove Gustavsson and Bjarne Boman on bass and drums respectively

There's a lot to love in this universe and beautiful free spirit jazz from
Sweden is but one of the great creative manifestations of LIFE and
Strandberg's CIRRUS LP is at the top of the list. A rare-as-hen's-teeth
masterpiece newly unwrapped for your sonic pleasure head!
- Thurston Moore

Cirrus represents stunning musicianship, strong personal
compositions and arrangements, highly individual improvisations
and is truly a collective jazz masterpiece. Every detail interacts
with the overall form in the most creative and beautiful way.
- Mats Gustafsson