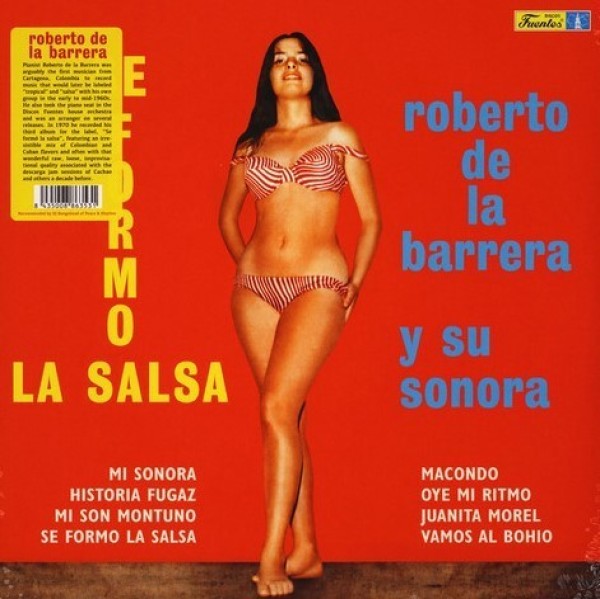 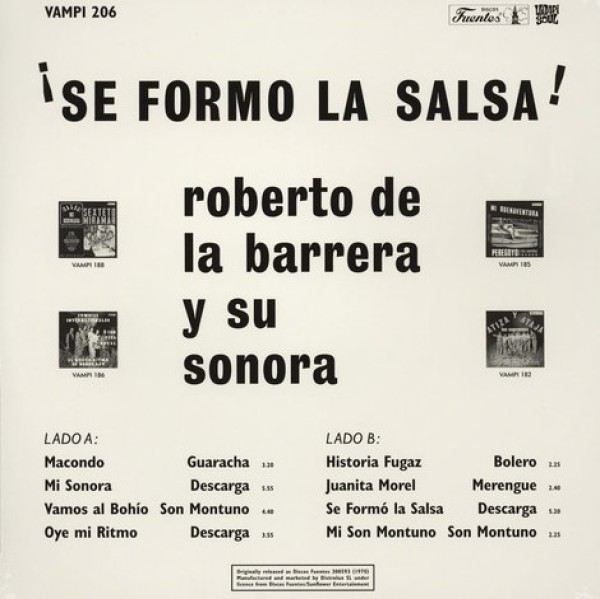 Pianist Roberto de la Barrera was arguably the first musician from Cartagena, Colombia to record music that would later be labeled "tropical" and "salsa" with his own group in the early to mid-1960s. He took the piano seat in the Discos Fuentes house orchestra and was also an arranger on several releases. In 1970 he recorded his third album for the label, "Se formó la salsa", featuring an irresistible mix of Colombian and Cuban flavors, sometimes within the same tune, and often with that wonderful raw, loose, improvisational quality associated with the "descarga" jam sessions of Cachao and others a decade before. Roberto de la Barrera was a pioneer in introducing modern Latin sounds from Havana, New York and San Juan. Sadly, his contributions in bringing salsa to the Caribbean region of Colombia and hence the rest of the country have gone largely unheralded, but hopefully this reissue will help set things straight. Presented in facsimile artwork and pressed on 180g vinyl. Part of Vampisoul's reissue series of classic Fuentes LPs. More Info: Colombia has produced many fine pianists in the Antillean traditions rooted in Cuban music. Discos Fuentes had its share of geniuses that tickled the 88s in the salsa idiom, yet most of them, even when headlining an orchestra, remain unknown or relatively obscure outside of collector's circles. Such is the case of Roberto de la Barrera, who not only cut several LPs under his own name for the label but also was an uncredited session pianist and arranger on various other Fuentes records. De la Barrera did not hail from the commercial centers of the interior like Bogotá or Medellín, nor did he come from the "salsa capital" of Cali or even the port of Buenaventura where so many Cuban and Puerto Rican records first entered the country. His birthplace was the Caribbean city of Cartagena, which, along with Barranquilla and Santa Marta, forms an area with its own rich musical traditions like the cumbia and porro, but also was one of the