Its Own Infinite Flower

The Plumes of Love

Malfunctioning speakers, & digital dreamscapes, SQUIRRELS ON FILM's 4th release explores the outer reaches of techno with impolite, reckless abandon.
Psychedelic sound explorer Its Own infinite Flower, who was
responsible, along with head squirrels Solar & C.l.a.w.s., for San
Francisco underground punk rave/happening Hostile Ambient
Takeover, unleashes his first official release, The Plumes of Love (ARE BLACK!). After contributing a track to 2017's Spacetime Continuum/ Juju & Jordash curated Air Texture V compilation, this four track EP of abstract tech-noise brings the sounds Its Own Infinite Flower refined in the basements & warehouses of the Bay Area's underground music scene to the wider world, whether it's ready or not.
'Drone, Drugs 'n' Dissonance' creeps into life as a thunderstorm of
white noise, out of which a cold-rave pulse somehow metastasizes into something resembling techno, although this is a deformed, uncivilized, unwanted mutation, separated at birth & raised in a toxic wilderness. It builds slowly before turning up in a rage of digital distortion, a black metal dub party held at the edge of a melting glacier. 'Oh, Empire of Roses' is a Dada Phycho Jazz Electro number. Dissonant synth chords snake around each other in a playful ouroboros of manic future funk, never knowing if it's starting or stopping, coming or going. Relentless bass throbs through the track, which almost threatens to bubble into classic acid electro before fizzling out. On side two there is 'Devotion to a Peacock Angel,' an angular breakdance groove for the characters in the bar scene in Star Wars. Electro dub rhythms keep stay grounded as everything else rips apart in all directions over the course of the track. On 'Misfortunes of El Dorado' a soundsystem bangs in the next room, only the deepest bass escaping, shaking reality until it's torn apart in waves of distortion, a classic techno synth string wandering over the top of everything in a full blown Techno Jazz Odyssey. 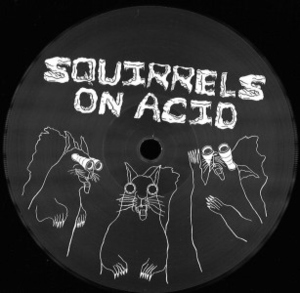 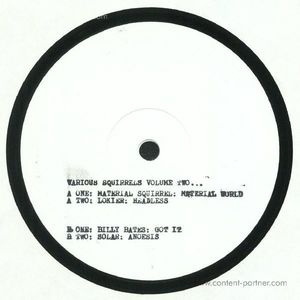 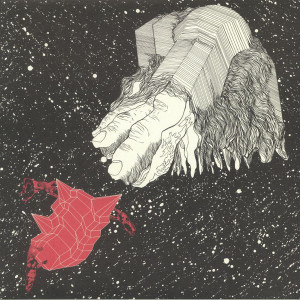