As a label guided by the mission of sharing the lesser heard sounds of Brazil with the world, Far Out Recordings are delighted to present the first official vinyl reissue of Edu Passeto & Gui Tavares' Noite Que Brincou De Lua: a super rare and largely unheard masterwork of MPB, originally released in 1981. Disciples of the Clube Da Esquina movement, pioneered by Milton Nascimento and Lô Borges, Edu & Gui mixed psychedelic folk, jazz, bossa, and rock for an album of soulful, dreamy Brazilian pop, with stunning arrangements and lush vocal harmonies. Having first met performing on the music festival circuits of São Paulo and Minas Gerais, it wasn't long before Edu and Gui struck up a thriving song writing partnership and close friendship, united not only by the love of music, but by shared ideals of liberation and greater equality for humankind. The duo's motivation stemmed from a desire for social and political change, during what turned out to be the final years of the Brazilian military dictatorship. Prior to recording, Edu and Gui had to tread carefully with their lyrics, which had to be submitted to the federal censorship authorities before release. Their first application was rejected after the lyrics were deemed to contain too much direct social criticism. 'Profome' (translated 'Pro-hunger'), a song characteristically bittersweet in tone, was initially a matter of fact portrayal of the desperately poor social conditions many people in Brazil faced at the time. Back to the drawing board, Edu and Gui, like many persecuted artists from this era had to refine their lyrics to convey their message more subtly.It took the best part of a year to complete the album, with Edu and Gui saving every scent they could spare from gigging and hitchhiking the 100km to each session from their home in Campinas, so that they'd have enough money to pay for studio time in Abertura Studios, São Paulo. Although the album gained a respectable amount of radio play in the years that follow 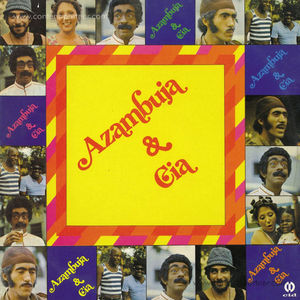