There are not many conventional rules in the world of Dutch DJ/producer DJ Marcelle/Another Nice Mess, or they have to be her own, but which she is more than happy to break at any time she fancies. For the past 15 years she has been travelling around Europe and beyond, playing her brave three turntable sets in front of often both stunned, surprised and euphoric audiences. She is an original, skilled mixer, with a very distinctive style of her own, avoiding most DJ-cliches and stale rules.

Marcelle - who believes in using strictly vinyl - creates every gig fully improvised sets, containing the latest leftfield sounds in new electronic, world and other independent music, merged and mixed with a skill rarely seen in international 'beat-boring-matching' (as she calls it) days. From the start she has always been much, or even more of, a musician as she is a DJ, as amongst others was recognised by Faust founder member Hans-Joachim Irmler, who since 2008 has released four Marcelle albums on his Klangbad label.
'In The Wrong Direction', her debut 10'' for the Munich label Jahmoni released last autumn, was typical for Marcelle's way of thinking. The heavy bass, combined with strange rhythms, odd voices and self-irony about her limited sense of direction in real life, made it both an unusual but not less fitting club record.
Now, on follow-up 12'' EP 'Too', she surprises even more. Instead of fiddling about on computers and machines for months on end like so many producers do, she produced four fresh new tracks in the space of only a few days.

The title of opener 'Too Long' shows Marcelle's sense of self-irony once again. But in fact, the almost 12 minutes of this track, are worth every second. Over a driving, almost krautrock-esque beat (but, being a Marcelle record: not quite), there's some of the maddest percussion ever put on wax. The relentless bass and very strange sounds (is it a woman, an animal) complete the song which, judging from the audience reactions it 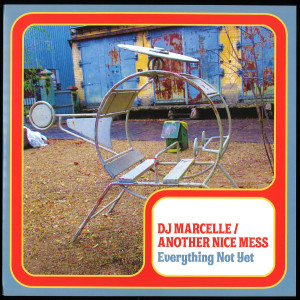 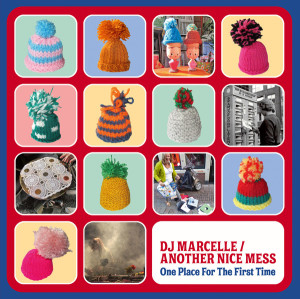