With over 25 years in the game, André Galluzzi can respectfully be awarded the veteran badge of honour. A mark of experience and longevity for an artist who has, as they say, been there and done it all. Today howeversees the German take on a new adventure, with his debut release for Josh Winks Ovum Recordings. As a DJ, André has held residencies at three of Germany and the worlds most influential Clubs - Tresor, Ostgutand Berghain. Been the driving force behind his own We Play Vinyl party. Managed his own Taksi (along side Paul Brtschitsch) and Aras Record labels and featured his own music on such highly acclaimed imprints as Cocoon, Cadenza, Ostgut Ton and Highgrade. Back in 2001, having released his seminal mix compilation, 'Im Garten', André embarked on a new series of events that regularly saw him play intoxicating sets of up to 10-hours. The parties went by the name of Submerge and those infamous Dj sets have inspired his beautiful brace for Ovum today. The metronomic kick drum of the title track introduces us to its immersive groove, whilst bubbling and elasticated fx vie for our attention, adding a sublime swing to Submerge. On the flip, Bold, by name and nature, ups the swing ante with its fierce acidic melody, shimmering hats and rasping snare. Support from: Josh Wink, Pan Pot, Joris Voorn, DJ Hell, Huxley, Doc Martin, Till Von Sein, Anja Schneider, &Me, Catz N Dogz and more! 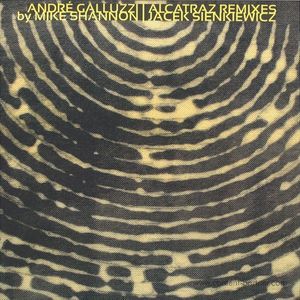