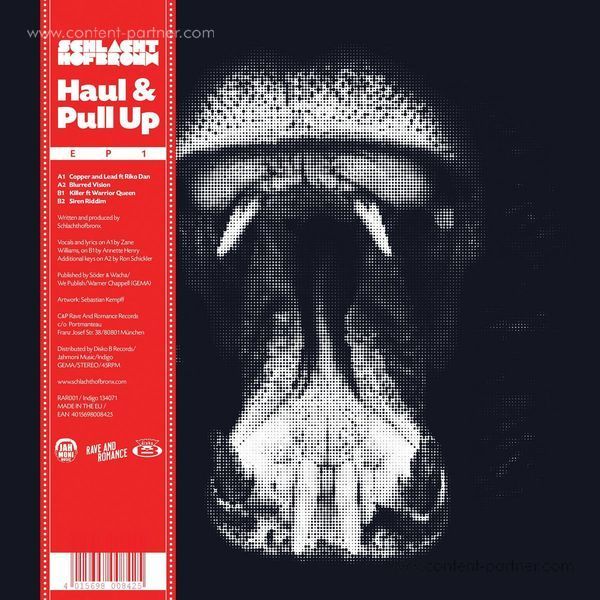 The DJ/production duo from Munich back with four tracks full of bass-heavy excursions into hybrid forms of club music close to Grime, Dancehall, Dub, Techno and the yet unnamed territory in between - their natural habitat.
Lead single and first track of the EP is Copper And Lead, which features "London city warlord" Riko Dan of Roll Deep fame, spitting dangerous lyrics on a Bashment/Grimeriddim.
Following this is Blurred Vision, a low end monster named after their gigantic soundsystem event series, exploring the middle ground between Dub and the technoleaning 4x4 universe. Up next is Killer, a song with Warrior Queen from Jamaica, who prepares for a Dancehall dub war on a 808-heavy beat straight from Miami...err, Munich.Topping the EP off is Siren Riddim, an instrumental uptempo bomb for the apocalypse club gang and all the gunfinger crew. It's the first EP in a series of three, leading up to an Haul & Pull Up album in early 2017. With this, Schlachthofbronx will follow up their three previous original albums (2009s Schlachthofbronx, 2012s Dirty Dancing and 2014s Rave And Romance), completed by EPs for Labels like Mixpak, Monkeytown, Mad Decent, Disko B and Man Recordings as well as production work for artists like M.I.A., Snoop Dogg, Major Lazer or Bonde Do Role. 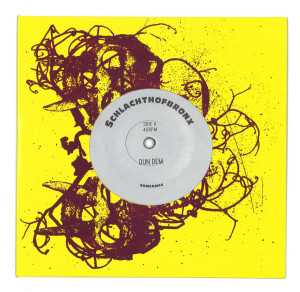 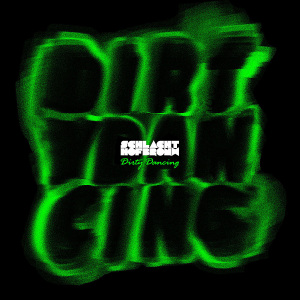 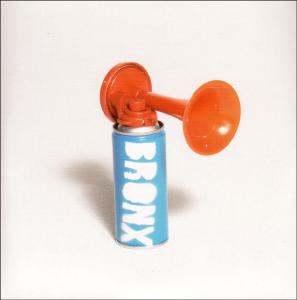