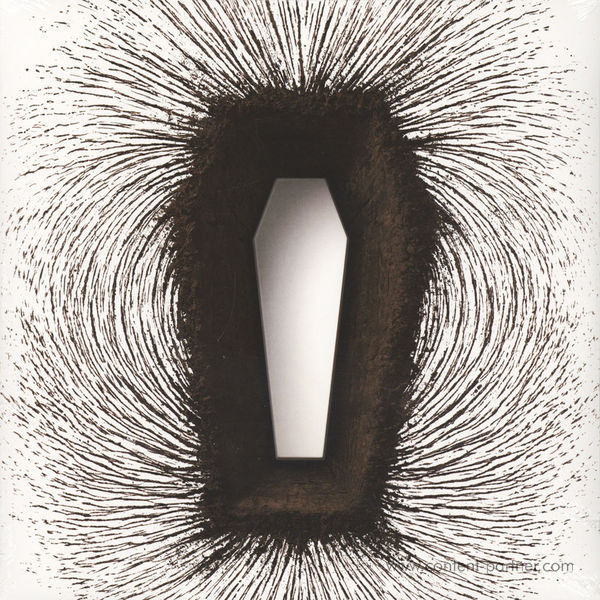 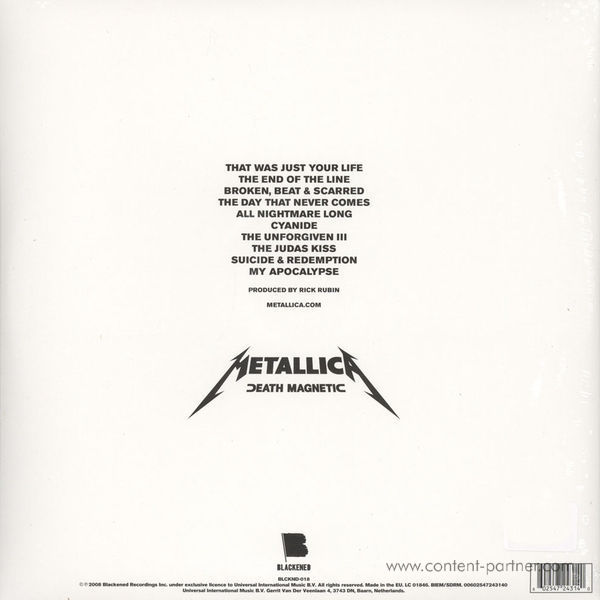 The perfect opportunity to complete your METALLICA vinyl collection: the reissue on luxurious black 180g vinyl!

Double vinyl LP pressing. Death Magnetic is the iconic Metal band's 10th studio album overall. and was produced by Rick Rubin. Formed in Los Angeles in 1981 by drummer Lars Ulrich and guitarist and vocalist James Hetfield, Metallica has become one of the most influential and commercially successful Rock bands in history, having sold 100 million albums worldwide and playing to millions of fans the world over. They have garnered numerous awards and accolades, including seven Grammy Awards, two American Music Awards, and multiple MTV Video Music Awards.

In addition, their 1991 album, Metallica, which has sold 15 million copies in the United States alone, has been awarded the prestigious "Diamond Award" from the Recording Industry Association of America, given to those albums with U.S. sales of 10 million or more.