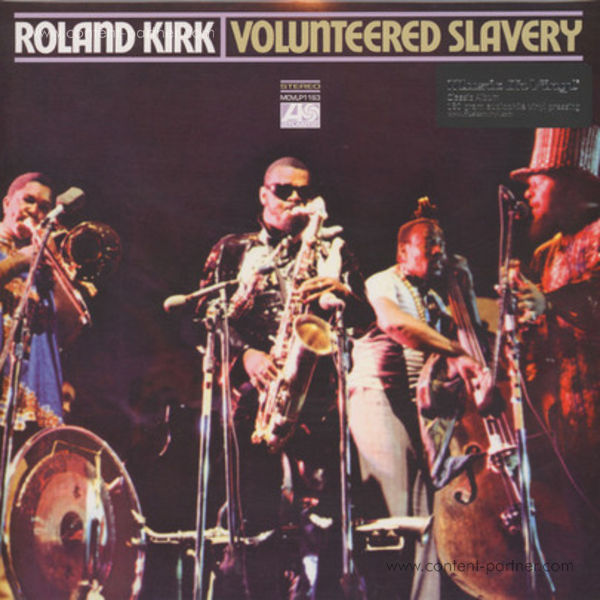 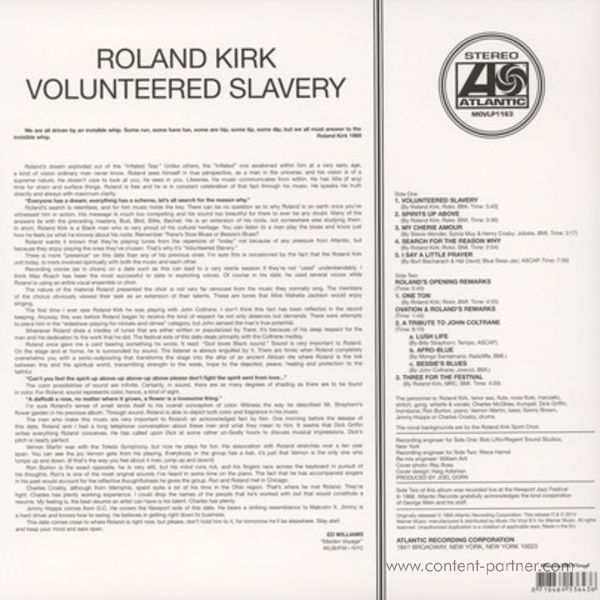 Trackliste
1. volunteered slavery
2. spirits above
3. my cherie amour
4. search for the reason why
5. i say a little prayer
6. roland's opening remarks
7. one ton
8. ovation & roland's remarks
9. a tribute to john coltrane: lush life/afro-blue/bessie's blues
10. three for the festival

Rahsaan Roland Kirk could play more than one wind instrument at once. Apart from clarinets and flutes, his main instruments were tenor saxophone and two obscure saxophones: the stritch and the manzello. He modified these instruments himself to accommodate his simultaneous playing technique. He is also noted for his circular breathing technique and was reportedly able to sustain a note for over an hour.

At the time of recording Volunteered Slavery, Kirk was exploring ways in which to make Soul and R&B rub up against Jazz and come out sounding like party music. From the Bluesy title track, through the creative choir jam on "Spirits Up Above" to covers of "My Cherie Amour", "I Say A Little Prayer" and the Coltrane medley of "Afro Blue", "Lush Life" and "Bessie's Blues", Kirk sets it all in context. He proves that he is indeed the master of any music he plays because of his sense of harmony, rhythm, and melody.